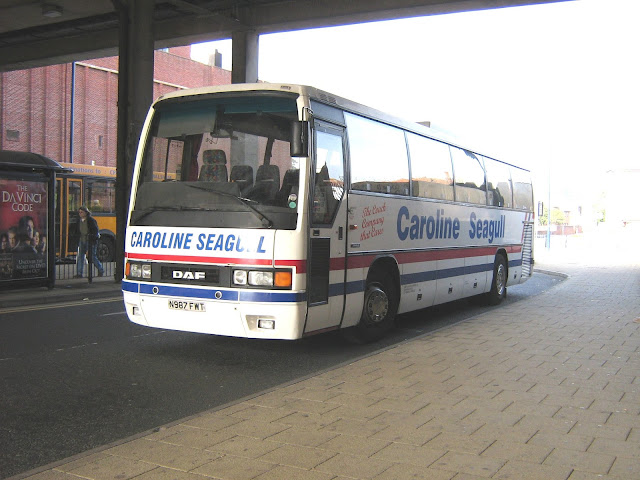 N987FWT is an Ikarus 55 seater bodied DAF which was new to Godson of Crossgates, Leeds in June 1996. It was still with the local operator when the business closed almost eight years ago on 31st March 2008

The DAF subsequently found its way to Bristol based Mike's Travel of Thornbury who exhibited the coach at a number of Showbus events still in Caroline Seagull livery complete with 'the coach company that cares' logo . The only change was that Mike's Travel fleetnames replaced the Caroline Seagull brandings as can be viewed here

Not only has the operator and coach disappeared but the scene in the 2006 photo has changed too with new shops being built over the bus station creating an even larger 'black hole'!

Roy
Posted by eastnorfolkbus at 10:02