Another fortnight passes and another Notices and Proceedings Report is issued by the Traffic Commissioner for the East of England. Unlike the two previous publications there's a lot more to digest with Anglianbus, Borderbus, Konectbus, Sanders and Ourhire all registering changes this time. So take a deep breath and here we go! 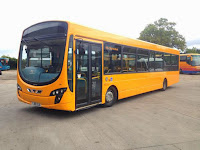 Our Hire (Our Bus) has registered a new circular route starting and ending at Roys Store in Stalham Road, Wroxham travelling via Barton Turf, Neatishead and Horning. The hail and ride 290 service runs on Tuesdays and Thursdays only from 29th March 2016
Sanders Coaches are to run a new Monday to Friday service between North Walsham and Norwich. Route 15 will be via Smallburgh, Hoveton, Wroxham and Sprowston commencing on 27th March 2016

Applications to Vary Existing Services
Borderbus is to alter the route and timetable of both its parts of the 146 service between Southwold - Beccles and Beccles - Norwich from 29th March 2016. The operator is also to amend the route, stopping places and timetable of its SJL1 Kessingland to Sir John Leman School, Beccles from 12th April 2016
Konectbus is to change the timetable of its 503 Norwich Postwick Park and Ride service from 28th March 2016 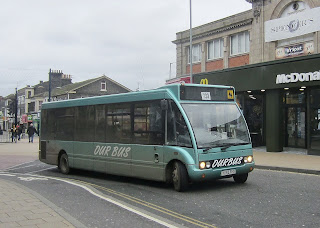 Sanders Coaches is to amend the timetables of twelve of its services from 27th March 2016:-

Applications to Vary Existing Services Granted Under Short Notice
Anglianbus is to change the timetable of its 87/88/BH274 services between Durban Close, Halesworth and Newmarket Road, Norwich fron 22nd February 2016

Cancellations of Existing Services
Anglianbus is to cancel two of its services from 28th March 2016. They are the 60J between Lowestoft Bus Station and the James Paget Hospital in Gorleston and the linked 68 route between Rackheath and Gorleston's East Norfolk Sixth Form College
Borderbus is to cease operating its SJL9 route between Barnby and the Sir John Leman School in Beccles from 11th April 2016
Our Hire (Our Bus) is cancelling its 290 Roys Store, Wroxham to Tunstead Primary School service from 29th March 2016. A new 290 service is being introduced - see Registration of New Services above

Hope you have got all that! The latest Notices and Proceedings Report also contains changes by other local companies that do not have any effect on our local services - so may I suggest you take a look at the full publication by clicking HERE

Roy
Posted by eastnorfolkbus at 14:14