A former regular on my local route has turned up in the South West of England. Former Jersey Dart EY05FYP has recently been photographed at Redruth Railway Station by Kameron Allan 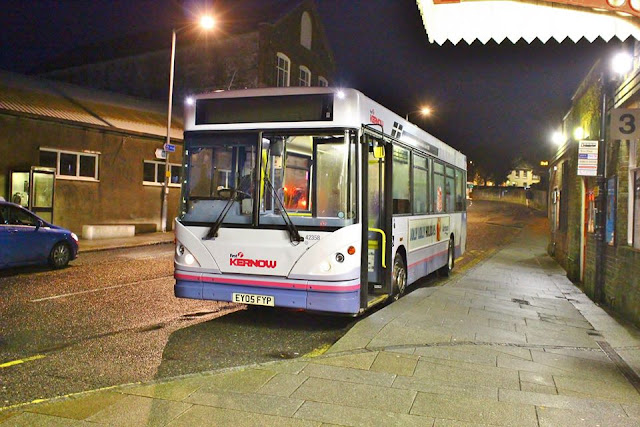 42358 EY05FYP arrived at First Great Yarmouth in early June 2013 and made its début in service on the 14th of that month. The Dart was new to Connex Jersey in 2006 where it was registered as J79350. It stayed in Great Yarmouth until transferring to Lowestoft in May 2014 and subsequently to First Kernow late last year

My thanks to Kameron for his permission to use the photo

Roy
Posted by eastnorfolkbus at 16:56