With not much out of the unusual happening, I initially thought I would prepare a post relating to Wednesday operated services in Great Yarmouth but ended up reporting more than that! 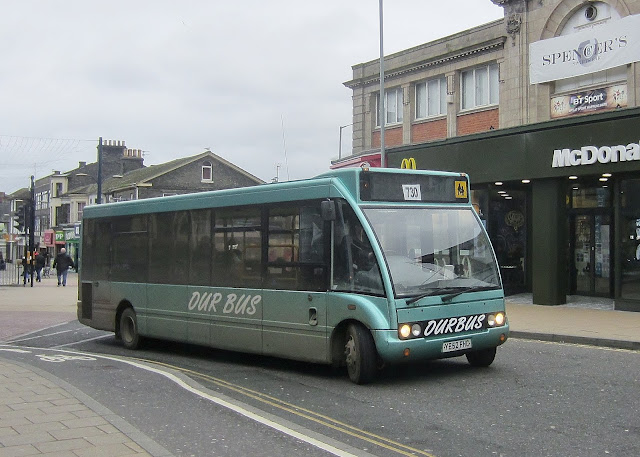 My first photo shows Our Bus Optare Solo YE52FHC on the 13:10 Gapton Hall Retail Park to Reedham 730 route via Market Gates. It also runs on Saturdays 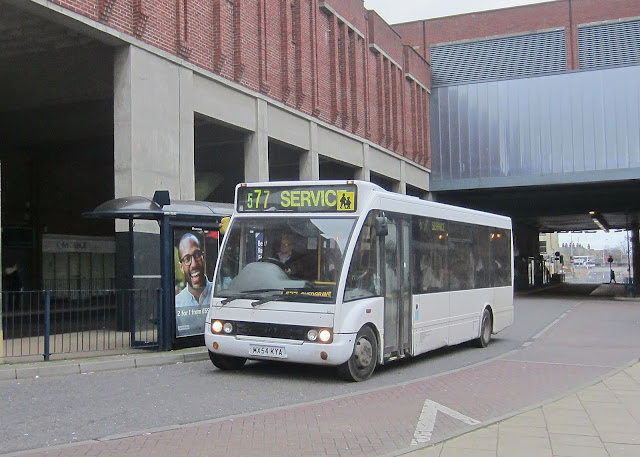 Next up was the Wednesday only 13:30 Great Yarmouth to Chedgrave 577 service operated by another Solo - this was Ambassador Travel's 901 MX54KYA 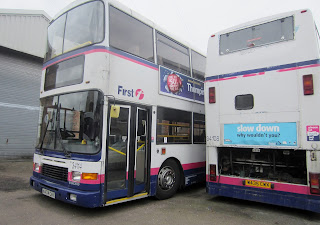 At the back of First's Caister Road depot were Olympians 34108/14 W435/4CWX - probably awaiting their final journey. Hiding in the corner was Wright Renown 66169 W369EOW (sister 66168 W368EOW had long departed for Rotherham for an upgrade to become a 'paint spare') 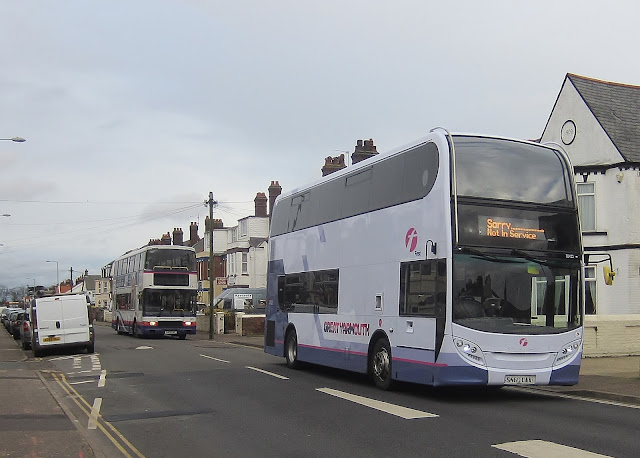 Where was the remaining Olympian then?  It didn't take long to find out as 34111 W431CWX was on active duty on a Bernard Matthews contract working - tailing ADL Enviro400 33423 SN60CAA

Roy
Posted by eastnorfolkbus at 17:58