Sunday was day two of the '50s Seaside Celebration' event held at the East Anglia Transport Museum at Carlton Colville. 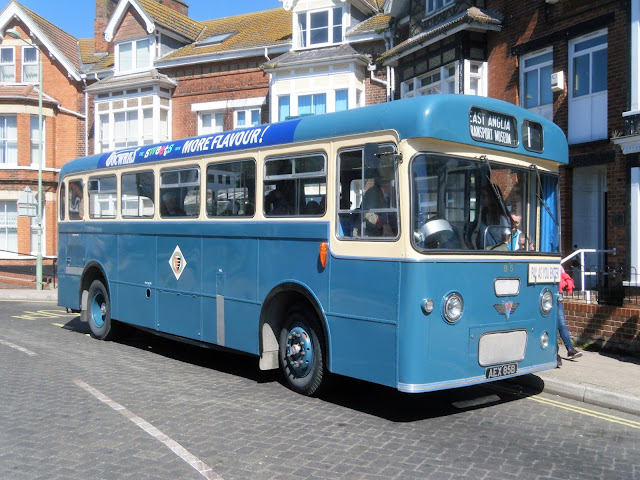 Simon Bartram has again sent me photos of some of the buses involved in the second day of the event and the first shows Great Yarmouth Corporation Pennine bodied AEC Reliance 85 AEX85B. The 1964 built bus is shown at Gordon Road in Lowestoft. 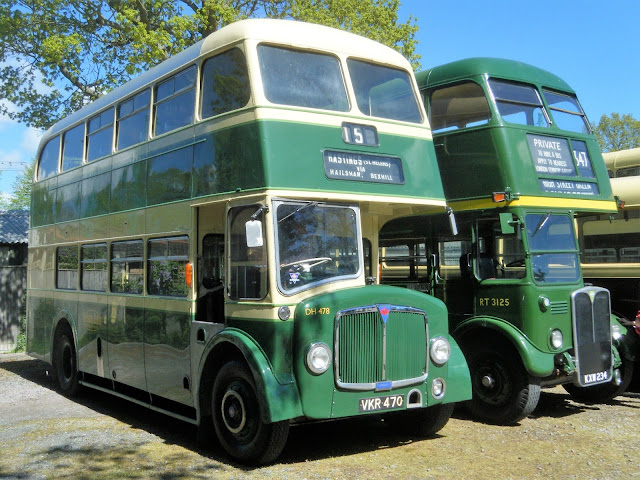 Next up is another AEC, this time a Park Royal bodied Regent V which was DH478 in the Maidstone & District fleet. It was one of a batch of fourteen highbridge deckers new to the operator in June and July 1956. It spent most of of time running with Hastings 34 and 'Happy Harold' inside the museum grounds. However, it did run to Lowestoft Railway Station as part of a procession of buses ferrying visitors from there to the museum following the arrival of the Hastings unit. Incidentally ‘Happy Harold' returned to Hastings today. 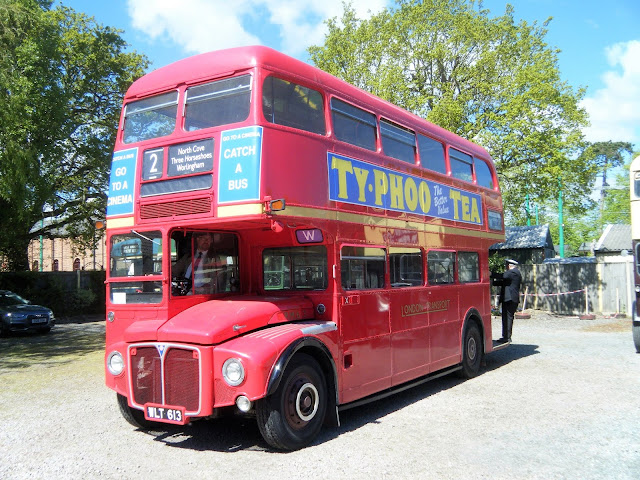 Our final photo shows a return visit from former London Transport Routemaster RM613 WLT613. It was new to LT's Aldenham Garage in December 1960.

My thanks to Simon for the photos

Roy
Posted by eastnorfolkbus at 19:54