Yes it's Friday again! Time for another round up where we take a look at the coaches currently in Great Yarmouth. 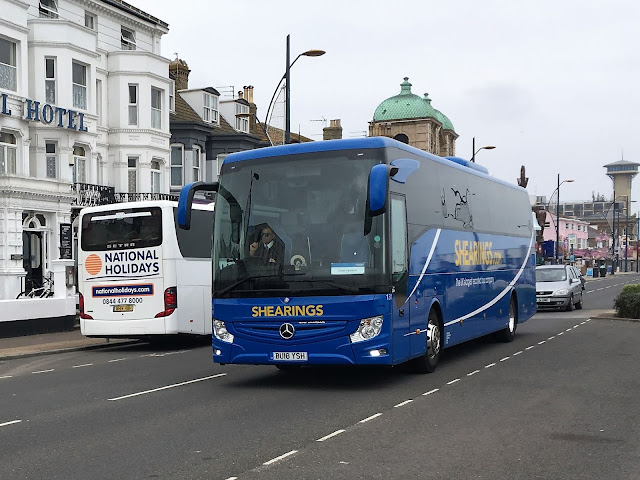 Unfortunately as I arrived on Marine Parade Shearings Mercedes Benz Tourismo 841 BJ16KXR was just leaving the Carlton Hotel so I was unable to get a picture. However, I was in the right place at the right time to photo the operator's second Tourismo 131 BU18YSH. 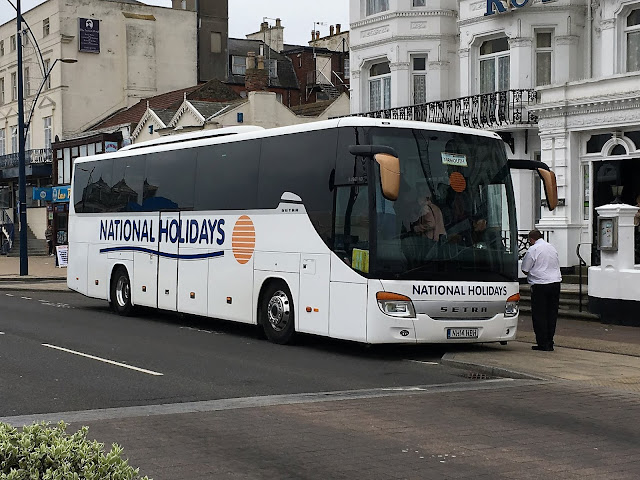 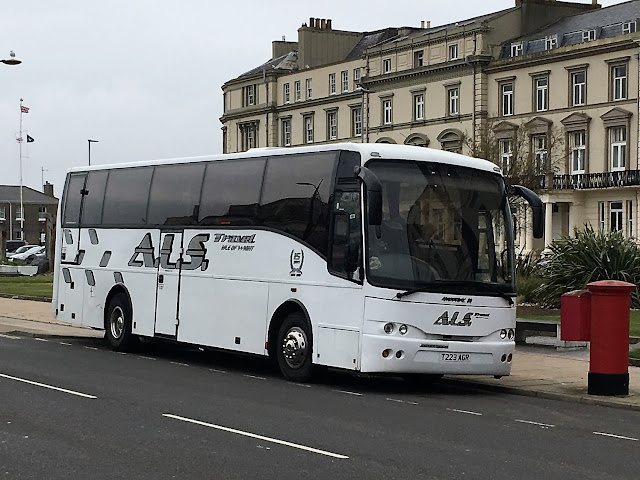 T223AGR has a bit of history in that it was new to Durham City of Brandon as T7DCC in May 1999. It was re-registered T223 AGR upon sale to a dealer in April 2005, passing to UK Coaches (Atlantis Travel), of Countesthorpe in Leicestershire in the same month. It was re-registered by them as A8UKC in May 2005 and subsequently acquired by ALS In January 2014. In the following April it reverted to T223AGR. 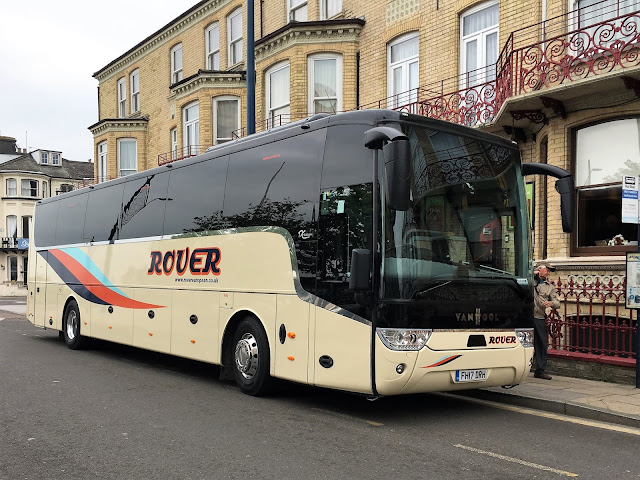 Continuing north along Marine Parade I was surprised to see a coach parked up outside the Marine House Hotel opposite the Hollywood Cinema. It was Rover European's VH TX16 Alicron FH17DRH 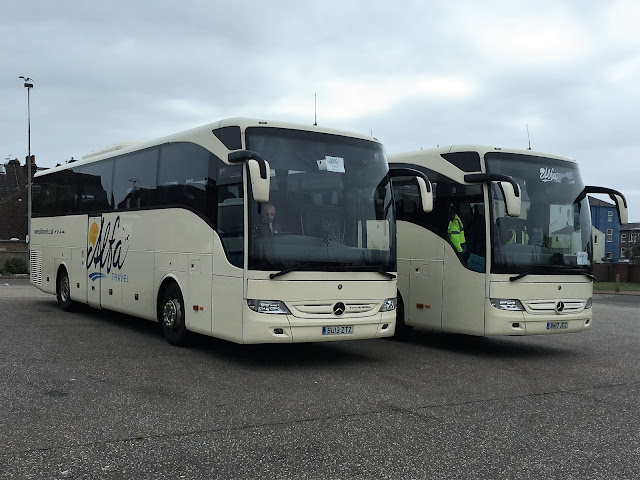 At Beach Coach Station were four coaches parked in pairs - the first were two Mercedes Benz Tourismos from the Alfa Travel fleet - BU13ZTZ and BN17JCZ. 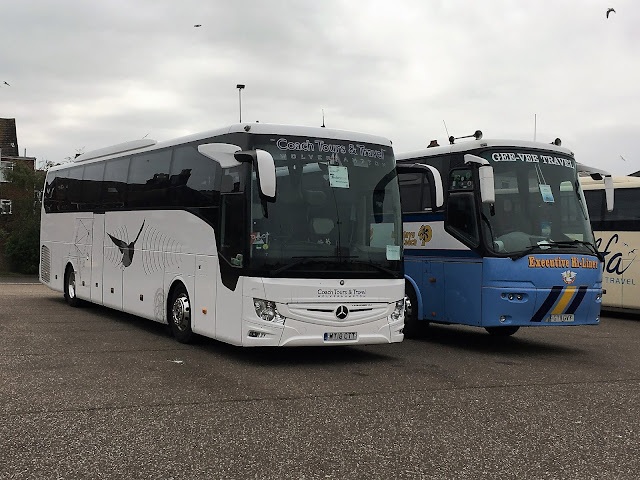 Roy
Posted by eastnorfolkbus at 12:10