A trip around the holiday area and Beach Coach Station early on Friday morning found a few vehicles of interest. Opposite the Carlton Hotel was National Holidays Kassbohrer Setra NH14JBH 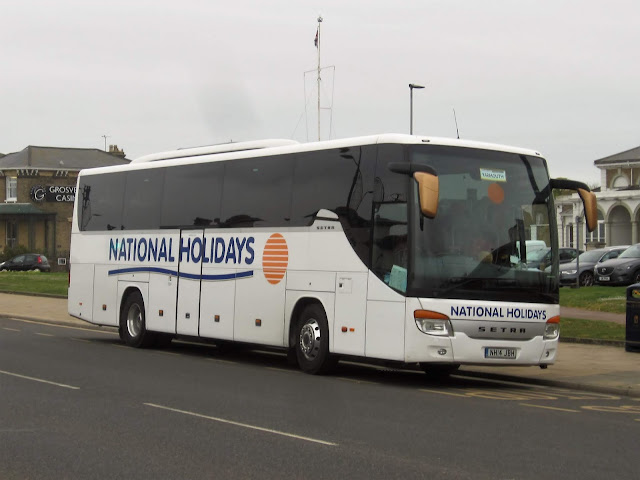 Further along Marine Parade was a mainly pink liveried MAN registered RB16ANT. It's a high-spec MAN RR2 19.360 with Barbi Galileo C49Ft bodywork representing the fleet of Bamber (Anthony's Travel) of Runcorn in Cheshire. Apparently Barbi bodied coaches are fairly rare in the UK. 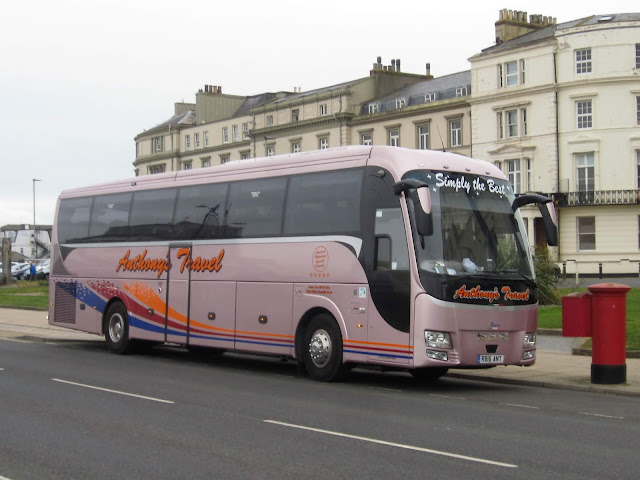 At Beach Coach Station were four coaches - two from Alfa Travel fleet with the others from Isle of Wight operators. The Alfa Travel coaches were Mercedes Benz Tourismos BN12CLX and BN12CLY with the former having broken down 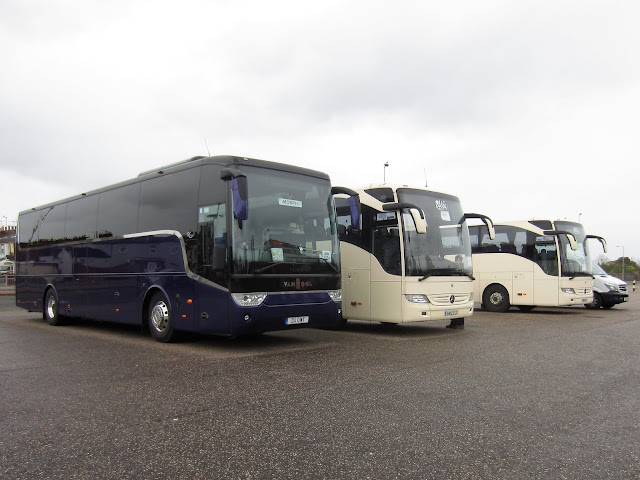 Beside the stricken Tourismo was dark blue liveried D11OWT an Isle of Wight Tours Van Hool. 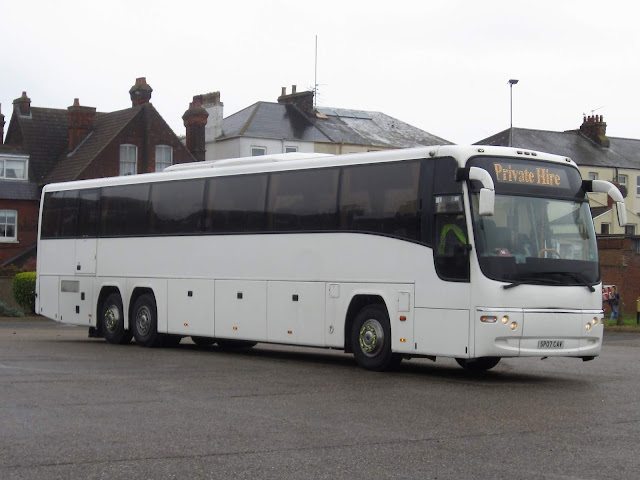 Nearby was another coach from the island in the form of ALS Travel's tri-axle SP07CAV. This has a bit of history in that the Van Hool TD927 Astromega was originally new to the Oxford Tube as OU59AVC . It subsequently went to Stagecoach Western for use on their X77 Glasgow/Ayr service.

Roy
Posted by eastnorfolkbus at 10:54