The 'Friday Round Up' appears to be coming a bit of habit lately which continued this morning. Heading into Great Yarmouth, I was passed by National Holidays' Mercedes Benz Tourismo NH15HCH in the opposite direction no doubt on its homeward bound journey. 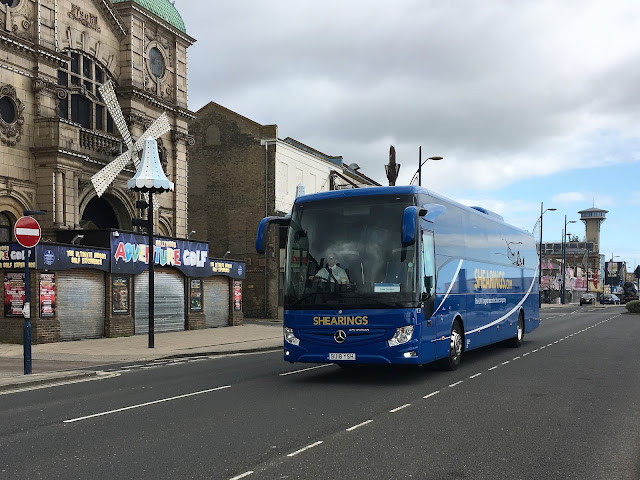 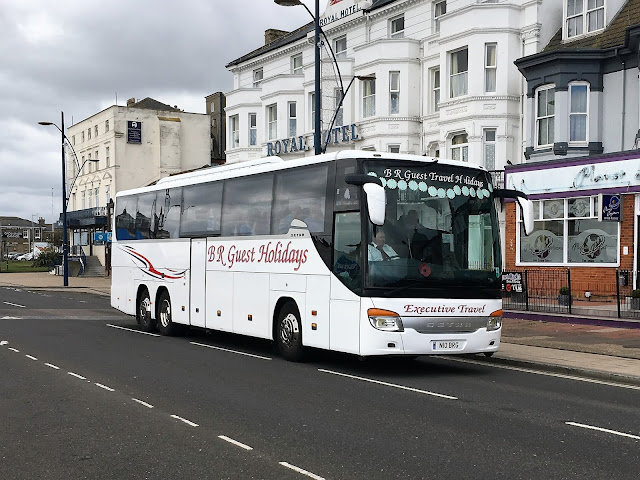 Just leaving the Royal Hotel parking area was B R Guest Travel's Kassbohrer Setra S416 GT-HD N10BRG. It was new to Welsh's Coaches of Pontefract as W6HOL in April 2007. 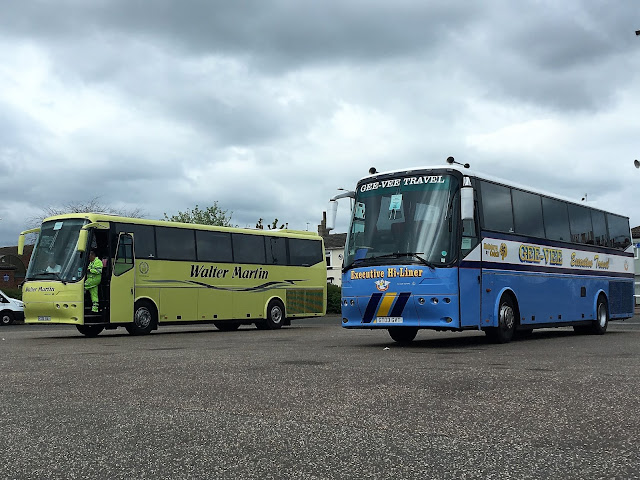 At Beach Coach Station were four coaches parked together in pairs. Regular Gee-Vee Travel's Bova Futura GT03GVT was parked next to similar 326WAL operated by Walter Martin Coaches of Sheffield. It was first with Ellison of St Helens in 2004 as YK04FWG. 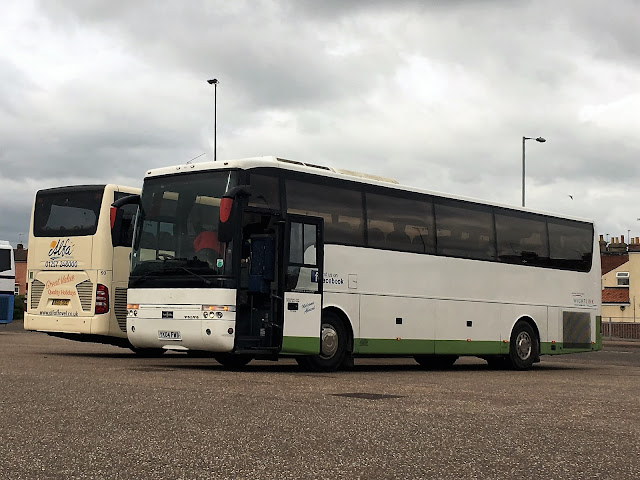 Again another Isle of Wight visitor was present in the form of Van Hool Alizee bodied Volvo B12B YK04FWB from the ALS Travel fleet. New to Redline in the Preston area, it last saw use with another Isle of Wight operator, Robinson trading as Seaview Services. It was branded for the 'Isle of Wight Experience' providing trips for schoolchildren. It retains the white and green livery and Wightlink adverts. 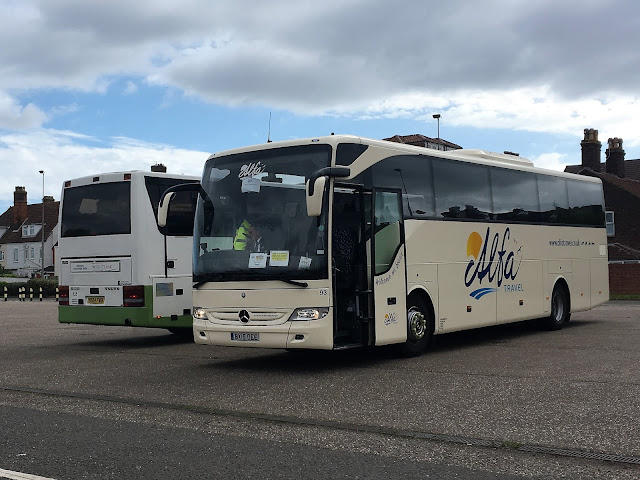 Roy
Posted by eastnorfolkbus at 11:45