Upon joining First, former Alexander Dennis Enviro400 demonstrator SN60CAA was the pride of the fleet. 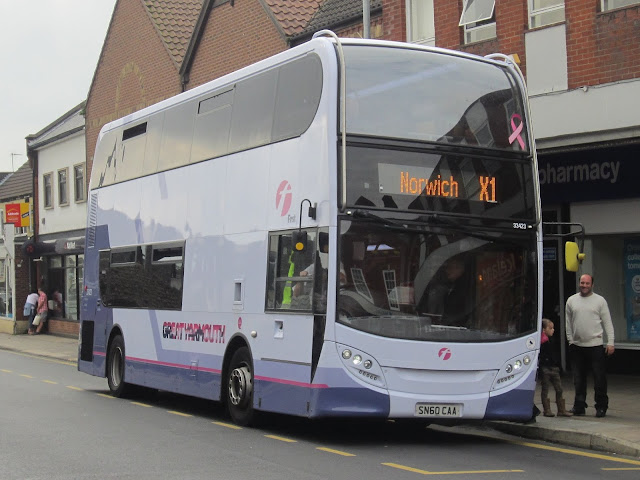 It was acquired from the Ensign dealership in June 2013 but was originally in the Connex fleet on Jersey where it was registered J57156.

Following the return after a repaint at Full Circle in July, it gained fleet number 33423 and was based at Caister Road for use on the whole X1 route between Lowestoft and Peterborough.

Lately it has been used on local duties and has been looking a bit tired, both inside and out. So today its on its way to ADL for an internal refurbishment. Let's hope the damaged offside panels are also subsequently replaced.

My thanks to First for the information and looking forward to seeing it back in use (as I am sure a certain Eastbourne based fan will be !!)

Roy
Posted by eastnorfolkbus at 08:51