First Ipswich Eclipse 69006 AU05DMF has returned to Norwich after having its old Ipswich look replaced by the generic lilac theme. Unusually it has had its fleet number applied to the rear nearside window. 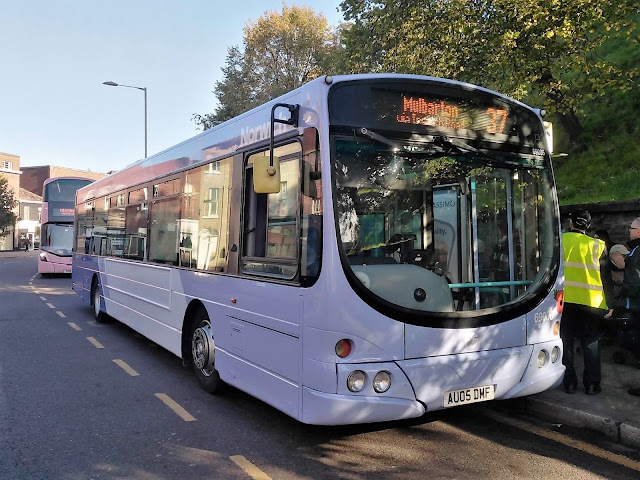 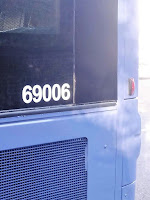 It entered service in the city earlier this week having been noted on the 36 Horsford and 37 Mulbarton Purple Line routes. My thanks to Dan High for the information and photos.

Also in Norwich former Great Yarmouth President 32204 LT52WTK disgraced itself by braking down in the city last week. It has recently been towed to Caister Road for an engine replacement. Meanwhile ALX400 30959 YJ51RCO is due for its MOT today.

My thanks to First for the update

Roy
Posted by eastnorfolkbus at 09:47