There were four coaches at Great Yarmouth's Beach Coach Station around lunchtime today. Half of them were National Holidays' vehicles with the third also associated with the same operator. The pair were Mercedes Benz Tourismo NH15JDH and Kassbohrer Setra NH13JWH 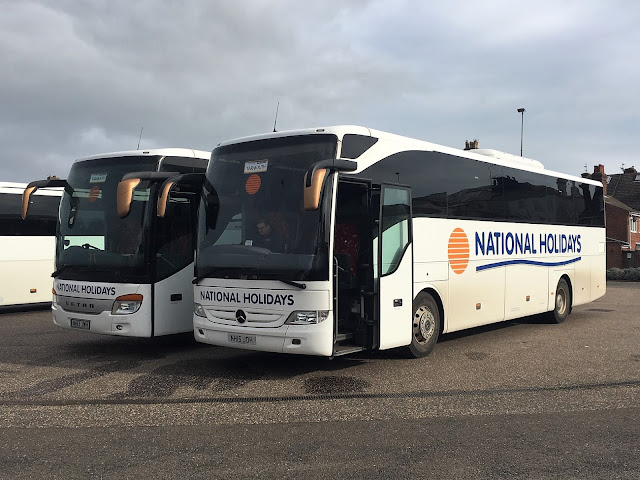 The third vehicle also worked for National Holidays but its legals reveal it is now with Shearings Holidays and it also carries fleet number 335. Kassbohrer Setra NH11MTH had used the fleet number 360 when working for the former and showed no other markings that it was being used by the latter. 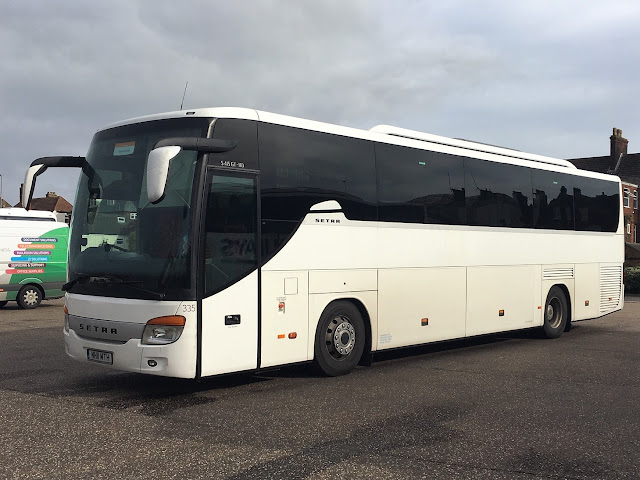 Regular followers will be aware that trips down to Worthing often feature pictures of Compass Travel vehicles and it was surprising to see one of their coaches in Great Yarmouth today. Irizar i6 bodied Scania K360EB4 YN15EKH was new to Solus of Tamworth in April 2015 and acquired by Compass in February this year 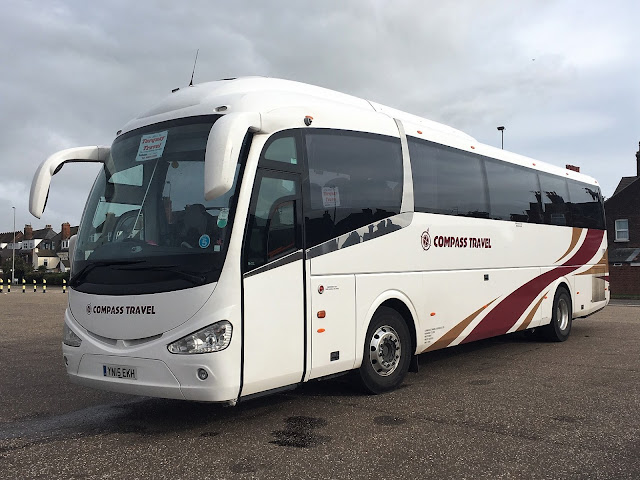 Roy
Posted by eastnorfolkbus at 18:10