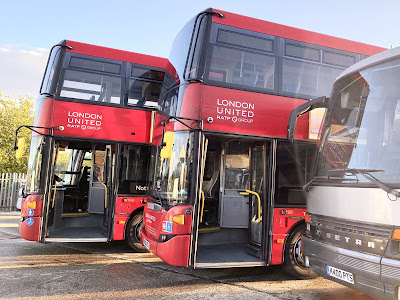 The two Scania OmniCities, registered YN08 DHA and YN08 DEU, are to be used on the company’s  latest contract wins from the County Council and also allow the operator to keep up with enforced PSVAR legislation. There are also other plans for their use which will be announced in the next week or so.

My thanks to Matthew Wright for the information and photo.

Roy
Posted by eastnorfolkbus at 14:43