Friday Flashback moves on to June 2007 with remarkably only a few photos in my library to choose from! 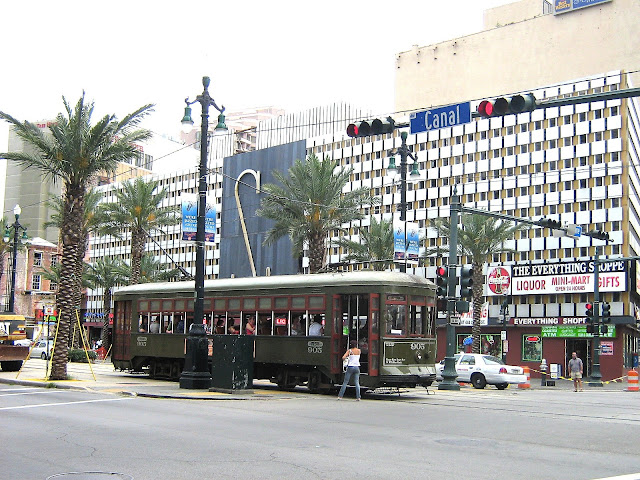 That is until I realised that the earlier part of the month was taken up with a two week break touring the USA ending up in New Orleans where I noted the effects of Hurricane Katrina after our earlier visit. So our first photo this week shows streetcar 905 on Canal Street. It is one of thirty five Perley Thomas 900 series streetcars built in 1923/4 for the St. Charles line. 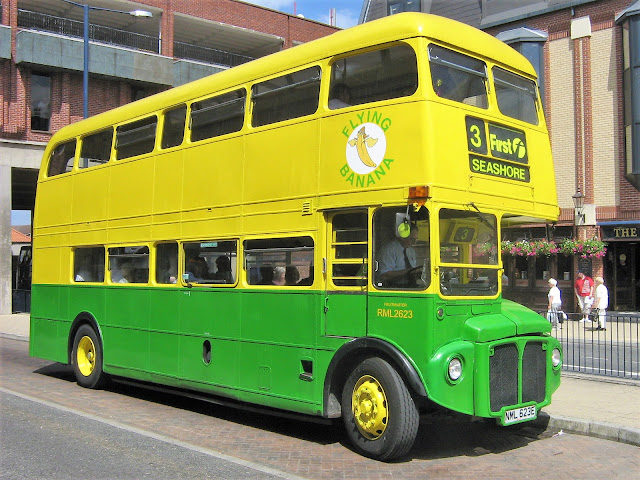 Meanwhile back in the UK First Great Yarmouth were employing their three acquired ex London Transport Routemasters on the service 3 between Hemsby and Great Yarmouth. Each received a different livery and the photo shows Flying Banana branded 39623 NML 623E at Great Yarmouth's Market Gates about to leave for the Seashore Camp. 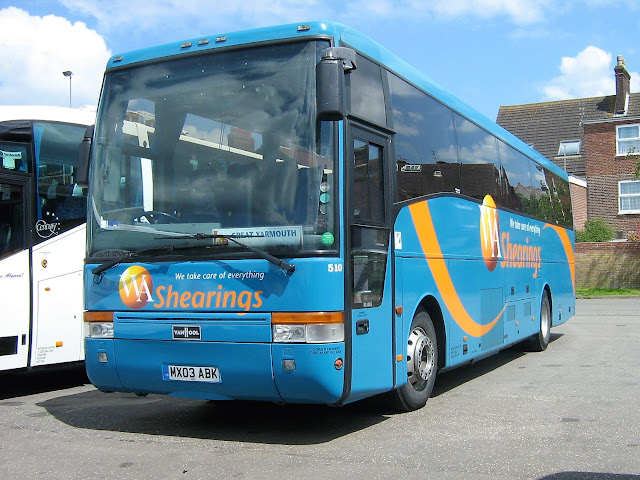 Earlier that day I had seen a WA Shearings Van Hool Alizee bodied Volvo B12M MX03 ABK at Beach Coach Station. The WA was reference to its merger with Wallace Arnold which took place in 2005. 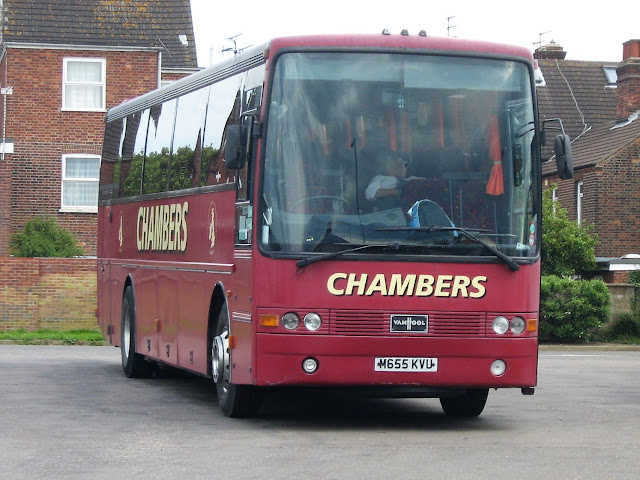 Our fourth photo is of  Chambers M655 KVU a Volvo B10M-62 with similar bodywork which was observed at Beach Coach Station on 20th June. It was new to Shearings in January 1995 and acquired from them in February 2003. The Volvo was also noted on loan to Anglian in May 2013 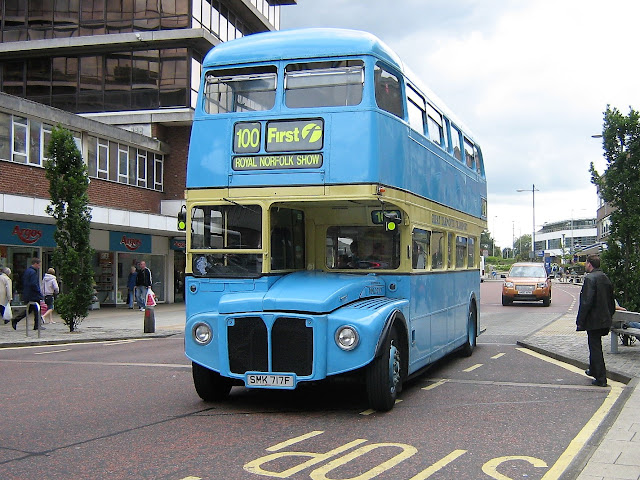 A week later and I was in Norwich photographing the use of the First Routemasters on shuttle services to the Norfolk Showground. The photo shows 39717 SMK 717F in St Stephen's Street in its 'Great Yarmouth Transport' livery on 29th of June. It was subsequently exported to Asia and latter reported to be still carrying passengers in Bangkok, Thailand in the same colours in August 2016. It now resides at the Jetsada Museum in Nakon Pathom.

Roy
Posted by eastnorfolkbus at 11:11