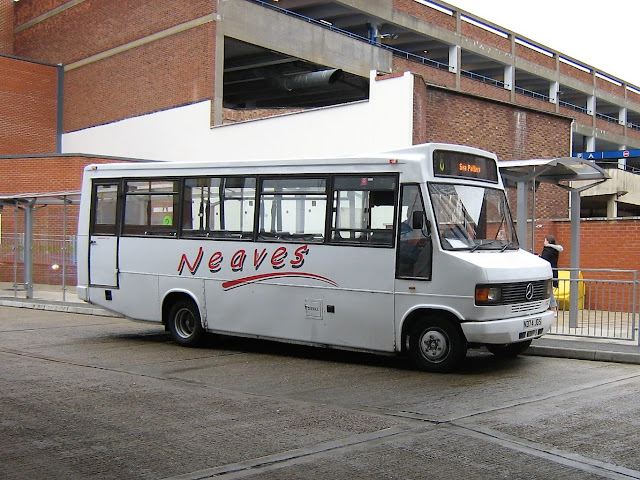 We begin with independent Neaves with its N374 JGS working the 14:45 departure on the 36 route to Sea Palling on the 26th. The Plaxton Beaver bodied Mercedes-Benz 709D was new to The Shires (LDT) in April 1996 and was subsequently stored in January 2006. The following June it was purchased by Goldline of Ellough before being acquired by Neaves in October the same year 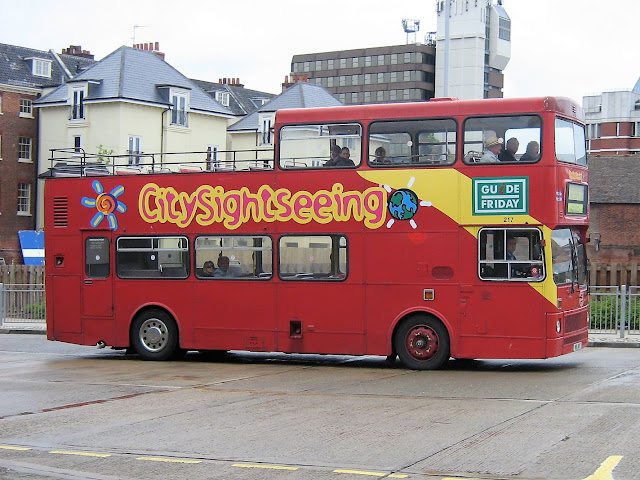 Also at Norwich bus station the same day was VRG 417T employed on the City open top sightseeing services. New to Tyne & Wear in June 1979 it was acquired by London Buses in 1988 and five years later by Merseybus who converted into part open top in 1996. It saw use with City Sightseeing of Windsor from July 2003 and it is thought it was on loan to Awayadays when the photo was taken 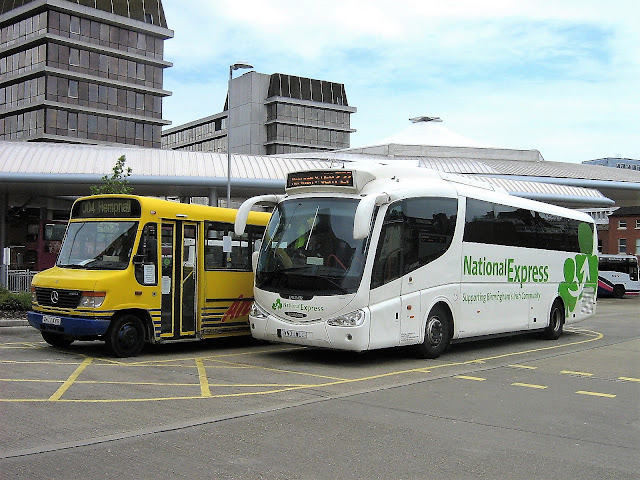 Four days later I was back at the bus station where I noted National Express Irizar bodied Scania YN05 WJJ wearing the Irish themed National Express livery. Alongside is Anglian's Mercedes Benz O814D X477 XVG - new to them in January 2001 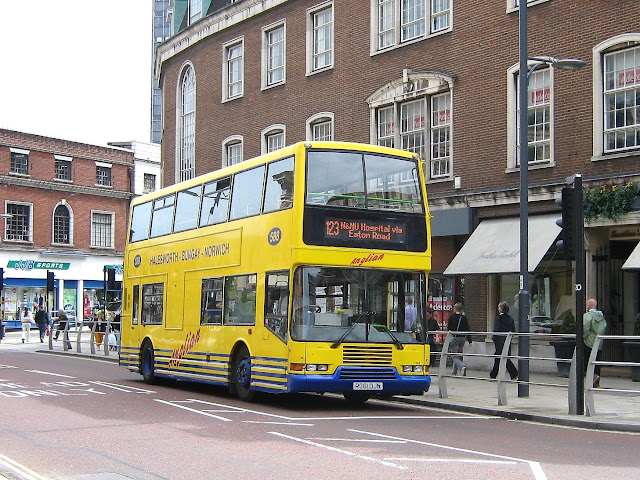 On St Stephen's Street the same day was Anglian's R361 DJN on its way to the Norfolk & Norwich Hospital on the 123 service. The East Lancs bodied Volvo Olympian was new to Harris Bus of Wesr Thurrock in February 1998. It was taken over by London Buses and painted red in 2000. Anglian purchased it in June 2004 and subsequently sold it on to York Pullman in September 2007 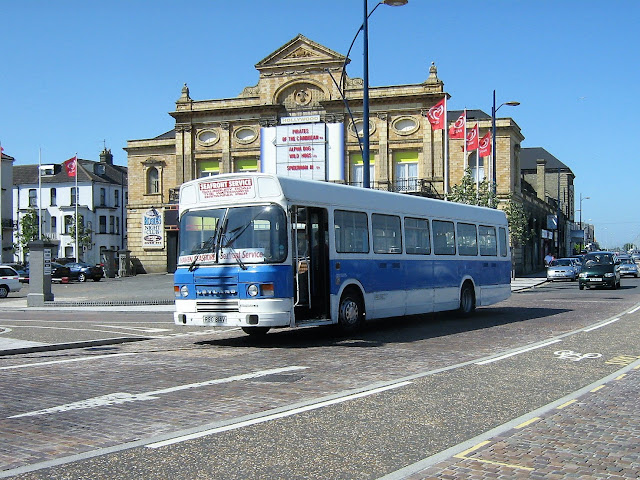 The final photo is of local Caroline Seagull's Leyland National RSG 814 in 2004. Seen operating the Great Yarmouth's seafront service, the bus was new to Alexander (Fife) in January 1980. The family firm ceased operating in March 2008 blaming 'crippling' fuel crisis for its closure after 55 years of trading.

Roy
Posted by eastnorfolkbus at 11:25