The ten Year Time Tunnel returns with a look back at June 2010 and there appears to be only a small number of photos taken during the month with a gap of about three weeks. Further investigations revealed a holiday in California - more of that later! 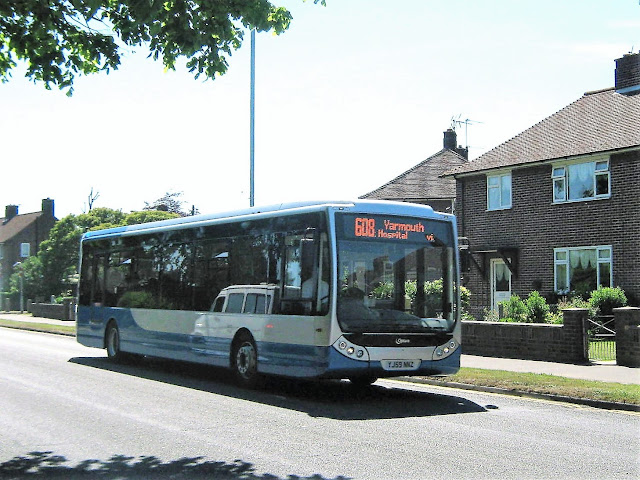 We begin on the 2nd of the month with the lucky catch of a photo of an Optare Tempo demonstrator on loan to Anglianbus. It is seen on Middleton Road in Gorleston heading for Great Yarmouth on the 608 route. YJ59 NNZ was subsequently acquired by Norfolk Green which then became part of the Stagecoach fleet. 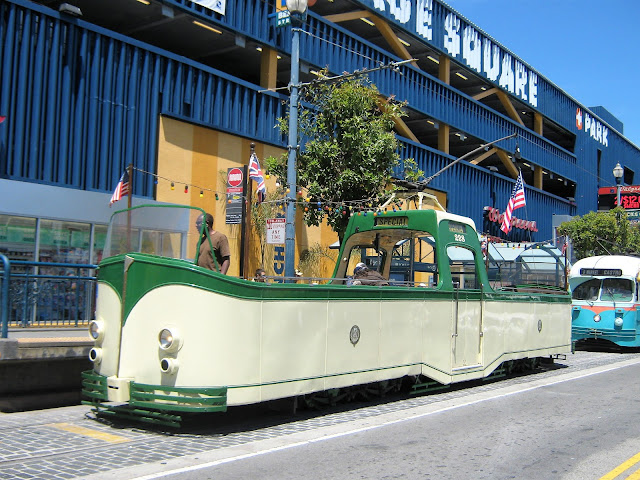 The next photo of is of Blackpool boat car 228 in San Francisco on 20th June. It was built in 1934 and lasted in service with Blackpool until 1975. It was shipped to the USA in February 1976 where it operated as part of the Bi-Centennial celebrations in Philadelphia. It then returned to Blackpool in July 1978 and after six years of storage it made one final trip across the Atlantic following its donation to Muni for operation on the historic streetcar “F” line in San Francisco. 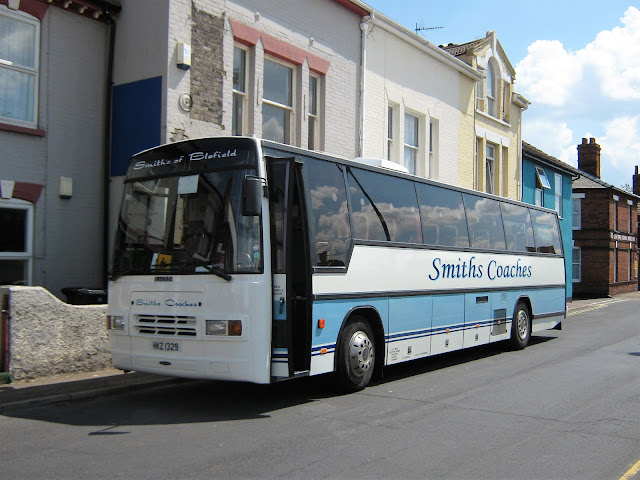 Back in blighty the the next subject is Smiths Coaches HKZ 1329. The vehicle is a Dennis Javelin 12SDA/ Plaxton Paramount 3200 which was previously registered as G469 LVG. It was new to local independent Caroline Seagull in 1989 along with sister G470 LVG, It spent ten years with Smiths prior to moving to Norfolk Coachways. It was parked in the unusual location of Blackfriars Road in Great Yarmouth on the 29th of June. It had ferried a group of schoolchildren to the nearby Time & Tide Museum. 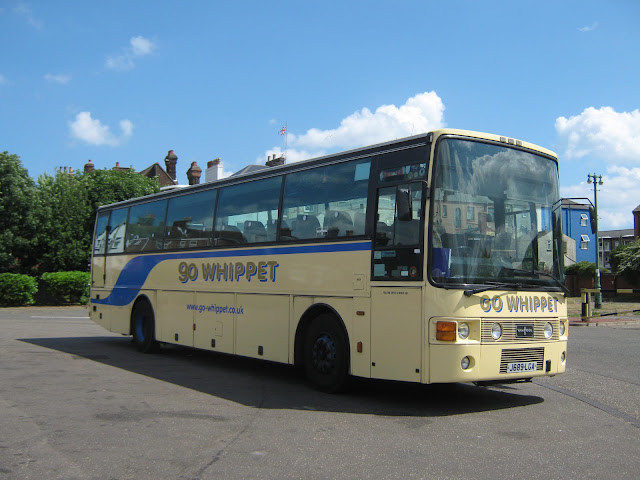 Roy
Posted by eastnorfolkbus at 11:52