Friday Flashback returns with a look back through the photos taken during July 2007 with mainly a Mercedes-Benz theme. 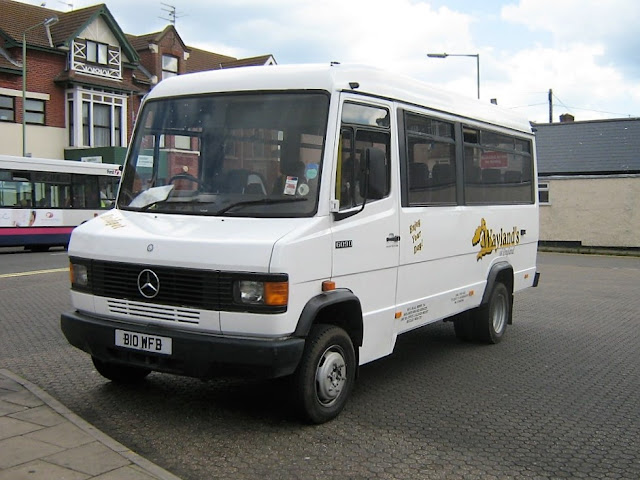 We start with a visit to Lowestoft Bus Station where we see Waylands Minibus Services' B10 WFB, a Picher Green bodied Mercedes-Benz 609D. Frank Berry and Margaret Berry traded as Waylands in Bungay but had their licence and related services revoked in late 2014. The thirteen seater later moved on to Llew Jones Coaches in Llanrwst in North Wales. 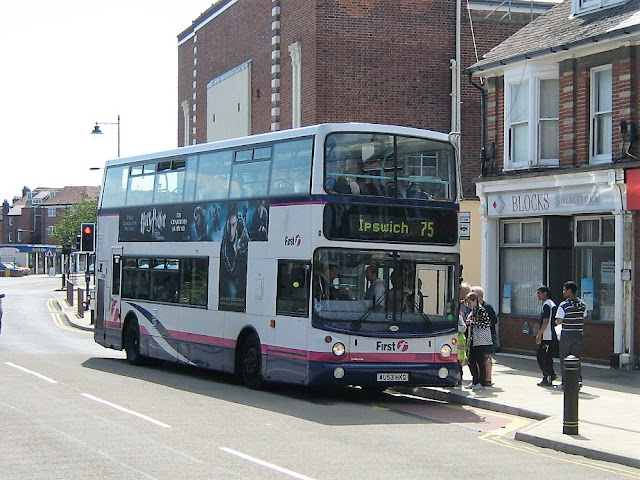 The following day (the 8th) will travelled further into Suffolk to Felixstowe where First's 32489 AU53 HKG was observed at Crescent Road prior to continuing to Ipswich with the 75 service. The TransBus ALX400 has recently received Ipswich Reds livery (see Grahame's Sunday posting). The penultimate picture is of Sanders Coaches' P542 SCL in the car park at Sheringham Station awaiting its next duty on 9th. The Plaxton Beaver bodied Mercedes-Benz O814D was new to the operator in March 1997. 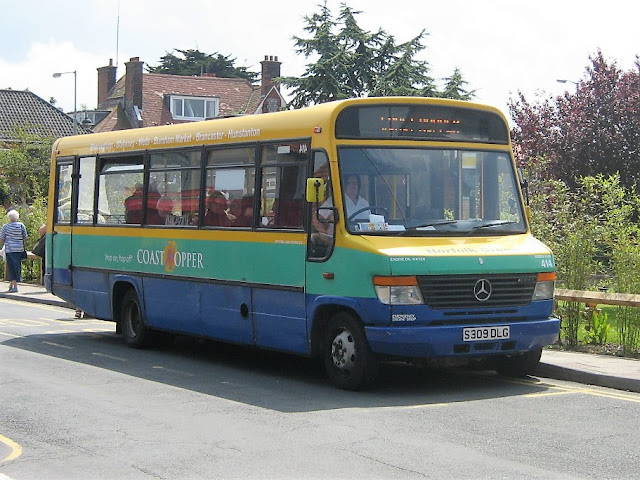 Our final contribution is that of Norfolk Green's S309 DLG taken on the same day. Numbered 414 in the fleet, the Mercedes Benz O814D/Plaxton Beaver is observed on the Station Approach in Sheringham in Coasthopper colours. The bus was new to Davidsons Buses of Bathgate in October 1998.

Roy
Posted by eastnorfolkbus at 12:08