This week's Friday Flashback looks back to May 2007 with a visit to Norwich on the 5th of the month dominating the post. 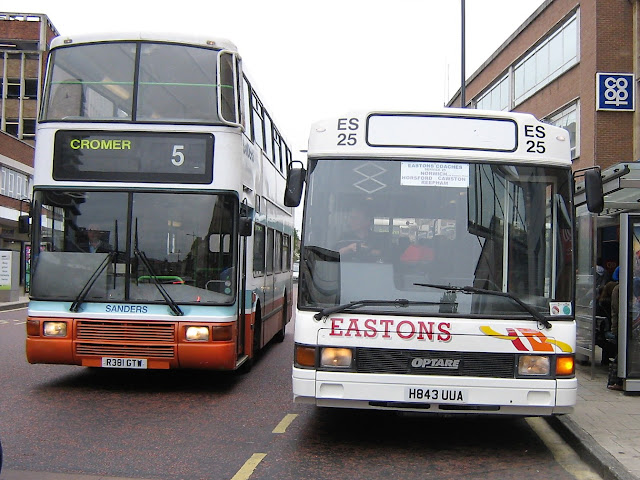 We start with a scene in St Stephens Street in the fine city with Sanders Coaches decker DAF DB250 R381 GTW passing Eastons Coaches Optare Delta bodied DAF H843 UUA. The former was new to Harris Bus of Thurrock in March 1998 and was subsequently with Hayletts of Thrapston and Geldards Coaches of Leeds. The latter, which began life with KF Cars of Gatwick in November 1990, was employed on service 25 to Reepham 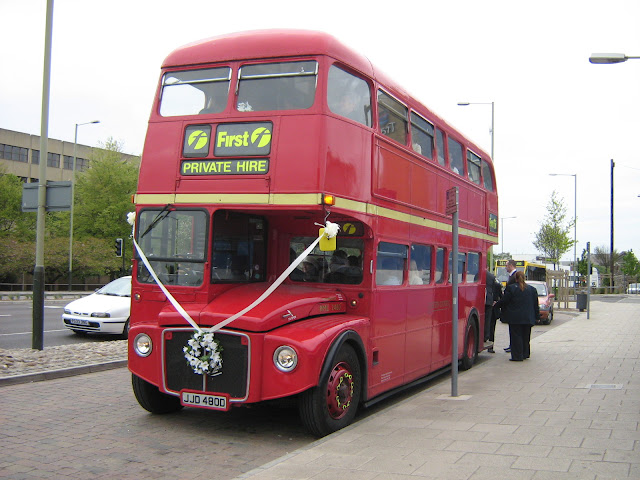 For some reason I changed my vantage point to Queens Road where, in the lay-by, I found one of First's Routemasters laying over during a wedding private hire. JJD 480D was new in May 1966 and during its say with First Eastern Counties was used on many seaside services originating from Great Yarmouth 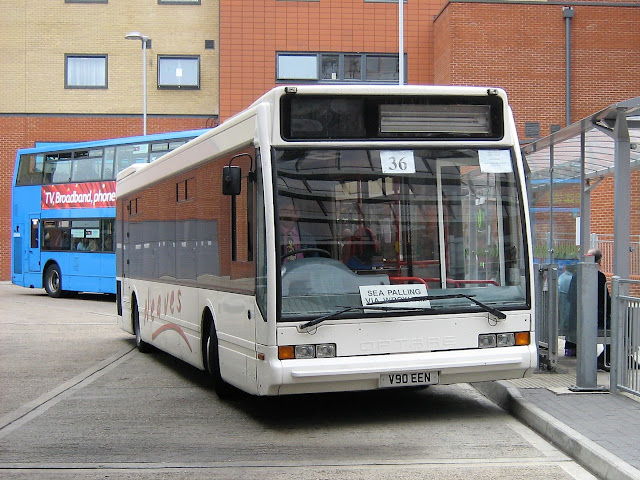 Back into the bus station where I found Optare Excel V90 EEN on Neaves' 36 route to Sea Palling. It was new to Reading Buses in September 1999 as V941 DCF 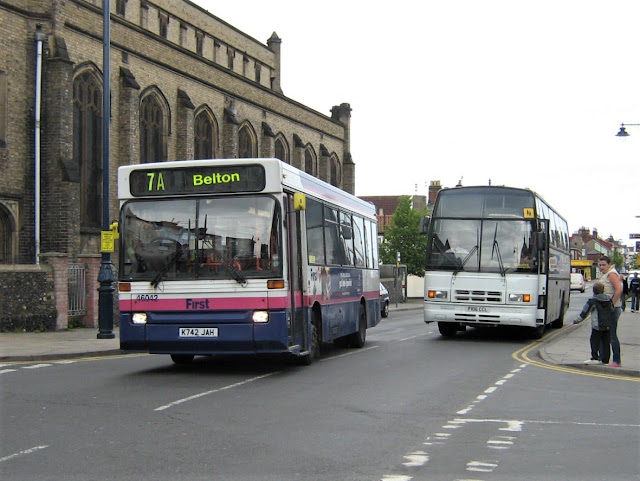 For the final photo we move on to the 21st at St Peter's Road in Great Yarmouth where Ambassador Travel's F106 CCL is being overtaken by First's K742 KAH. The Ambassador coach was new to the company in February 1989 and was on the afternoon's 826 St Mary's Roman Catholic School service from Gorleston to Great Yarmouth. First's Dennis Dart 46042 was new to Eastern Counties in December 1992 and appears to be running empty to take up its next duty to Belton.

More memories from May 2007 in next week's Flashback Friday

Roy
Posted by eastnorfolkbus at 12:00