Saturday saw many of the recent arrivals at Caister Road out and about in the sunshine, the majority still in First's corporate Olympia livery, although some have now gained Coastal Reds branding, i managed to grab a couple in use around the local area. 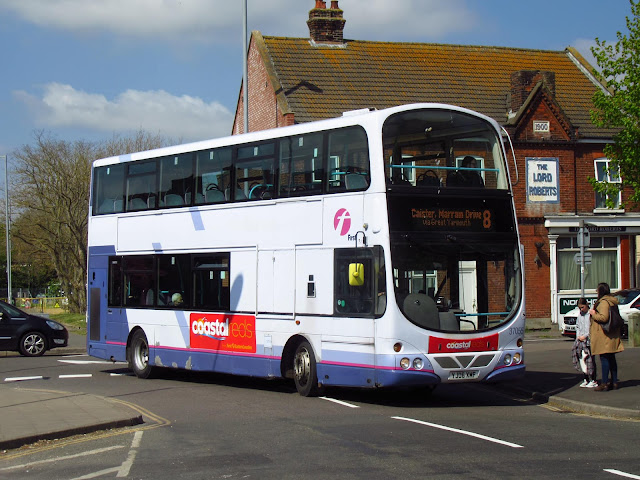 Pictured turning into Beaconsfield Road is former Bradford Volvo B7TL 37055 YJ06XMF, this is the last of the recent transfers to enter service after its arrival. 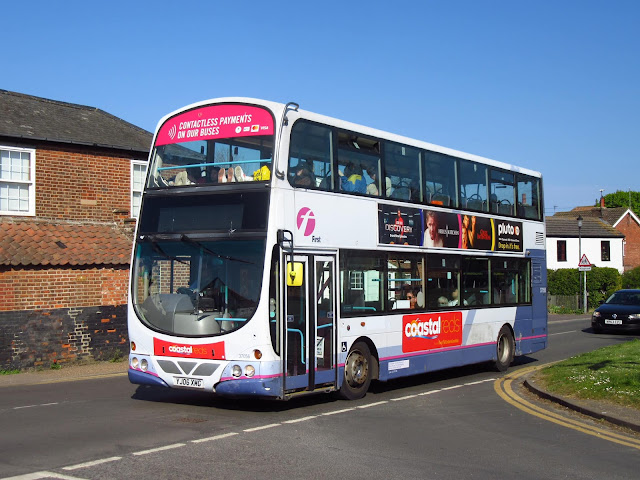 37056 YJ06XMG was employed on the Coastal Clipper 1/1A service between Lowestoft & Martham, it is pictured here in the village of Ormesby St. Margaret heading to Martham on Saturday afternoon. 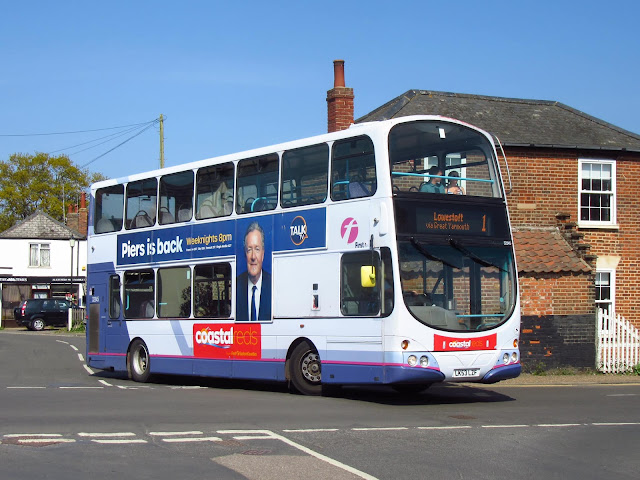 32345 LK53LZF was new to First London before moving down to the South West. It joined sister 32348 here a couple of months ago, the latter now an open topper here. It was working the 8 service in the morning but was swapped to the 1 as another vehicle suffered problems en route, it was swapped back to the 8 once back in town later that afternoon.