Having previously been the subject of a post on the blog, the East Anglia Transport Museum has recently acquired an AEC Routemaster in the form of RM613. 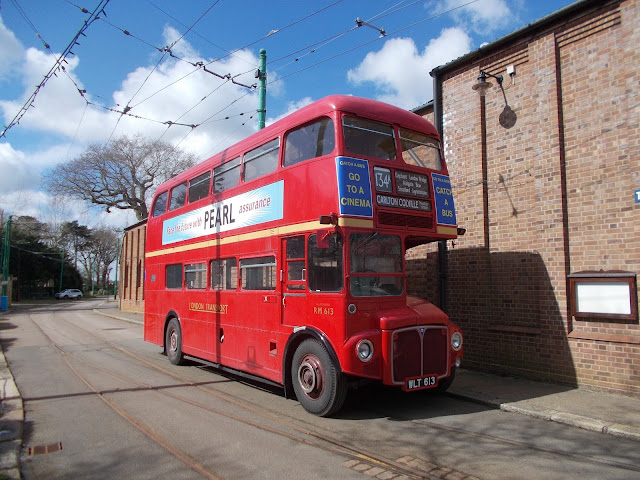 Its service life dates back to 1st February 1961 when it entered service as a trolleybus replacement from London Transport's Highgate garage. However, as most aficionados know, its fleet and registration numbers (WLT 613) aren't all they seem. For many years, both before and after World War 2, London Transport acted as a law unto itself, changing identities of vehicles at each overhaul to suit its own administrative and financial interest, a practice which all other mortals were strictly prohibited from doing. In real life the museums RM is older than it seems, and is in reality RM 198 (VLT 198) which started its working life as a relatively early member of the RM class from West Ham garage on 3rd February 1960.

After metamorphosing through various identities the vehicle became RM 613 at its final overhaul in 1983 after which it achieved a further two decades of service life, mainly based in east London at Upton Park garage, which was where it was located when privatisation took place in 1994 and it became part of Stagecoach East London fleet. For a short time in 2003 it carried new registration number TAS 419, but its original restored in August of the same year when it was finally declared redundant a t the grand old age of 43 and sold to the RM 613 group for preservation.
My thanks to Tim Major for the photos and the information which was recently included in the Museum’s newsletter.
Roy
Posted by eastnorfolkbus at 11:41