A few bits to report from the fine city.

Firstly Wright Streetlite 63326 SX65PXG has been given a makeover and now wears the generic lilac fronted scheme replacing its original Olympia style. Sisters 63324/325 & 327 are also expected to gain the new colours. 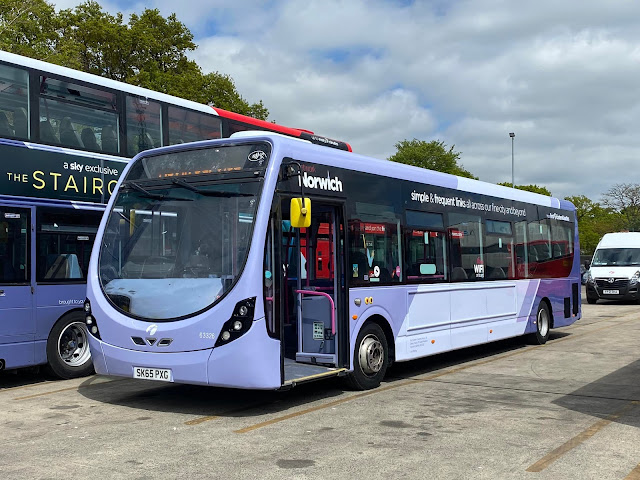 Another Volvo B9TL 36171 BD11CFU has had its Turquiose livery refreshed and it will soon be joined by former Leeds version 36184 BN12JYG in the same livery. 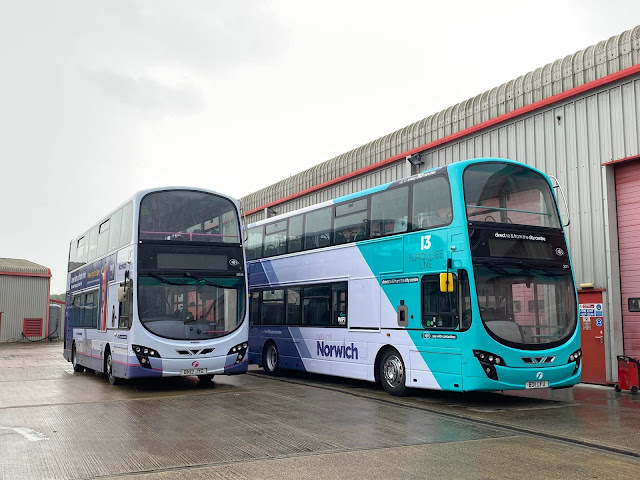 Finally Ipswich based Volvo B7RLE 69424 AU58FFL has appeared at Roundtree Way and was noted today working the 29 services in the city. 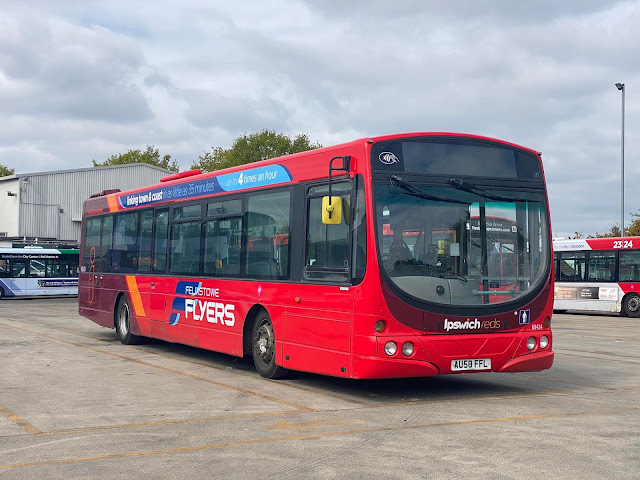 Many thanks to Zak for use of his photos and to First for the Info.