With the car booked in for a service, a quick visit to Lowestoft beckoned this morning with the first observations recorded at Gordon Road's Bus Station. 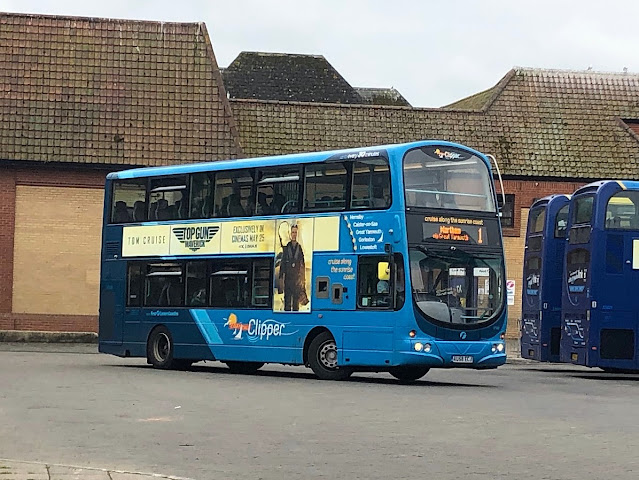 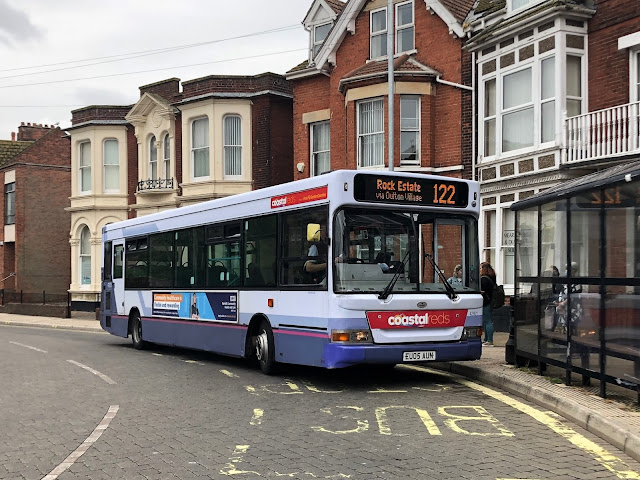 Shortly after, Dennis Dart SLF 42921 EU05 AUN arrived at Gordon Road following the completion of its 109 route from Hollow Grove. The former First Great Yarmouth stalwart is seen here with its subsequent working, the 122 to the town's Rock Estate via Oulton Village. 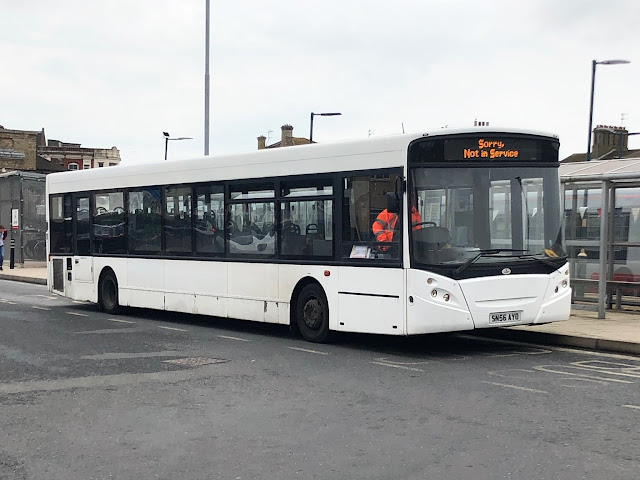 Adjourning to the rail station, Vertas Alexander Dennis Enviro300 SN56 AYO was at the bus stop 'not in service'. It had transferred from Suffolk Norse. 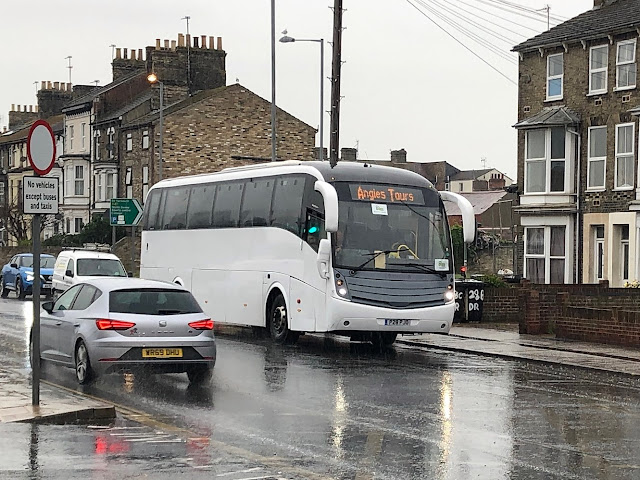 After a visit to Lowestoft Tourist Information and bookshop, I was about to leave the station when the heavens opened! Standing outside I was fortunate to get a photo of Angie Tours' Caetano Levante bodied Scania P28 PJO passing by. 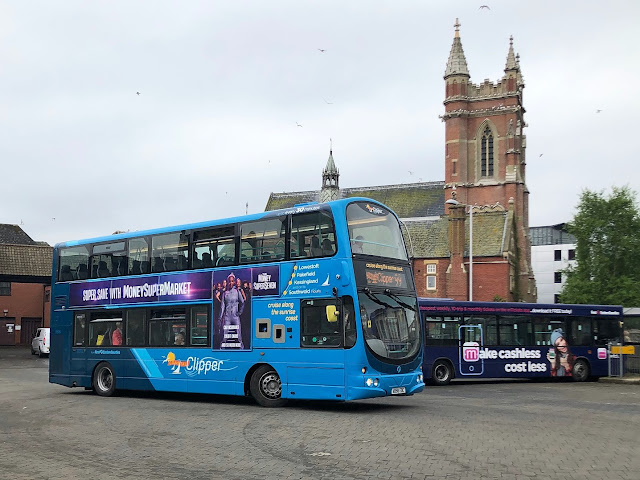 Finally on return to the bus station, I witnessed one of the two First Lowestoft Coastal Clippers, 37576 AU58 EDC, on the 99 service.

Roy
Posted by eastnorfolkbus at 18:22