The East Anglia Transport Museum (EATM) held their 50th Anniversary event at Carlton Colville yesterday. The clouds looked a little ominous as I left home and I arrived at the Ashburnham Way Park & Ride as the heavens opened. After a short while it subsided and I caught First Eastern Counties Volvo B9 36187 BN12 JYK to the museum. 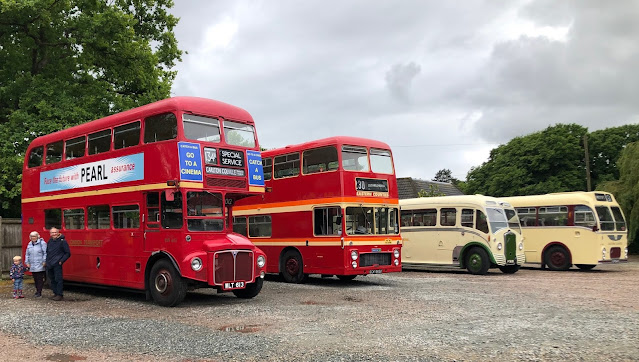 A long queue greeted my arrival which had to continue to the opposite side of the entrance with the end reaching Routemaster RM613 WLT 613 as shown in the accompanying photo! An informative welcome was provided by a greeter providing details of what could be seen and what was available - a nice touch. 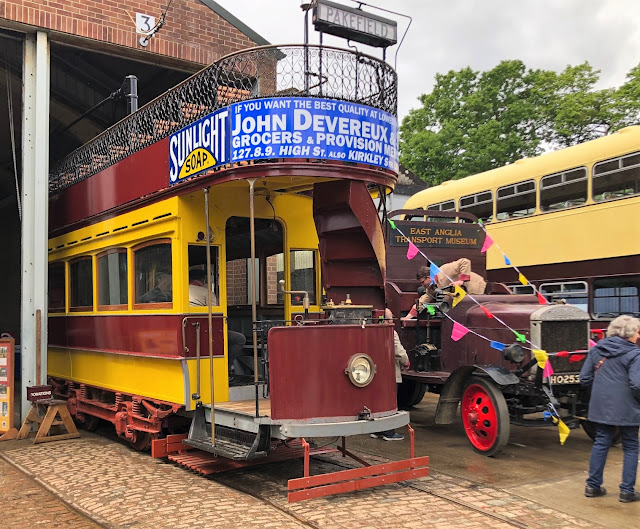 After payment for my half price ticket, the museum was available for me to explore at my leisure and the first item of interest was ex Lowestoft tram 14, one of nineteen operated by (the former) Lowestoft Corporation Tramways between 1903 and 1933. No 14 itself entered service in 1904 and is currently undergoing restoration. 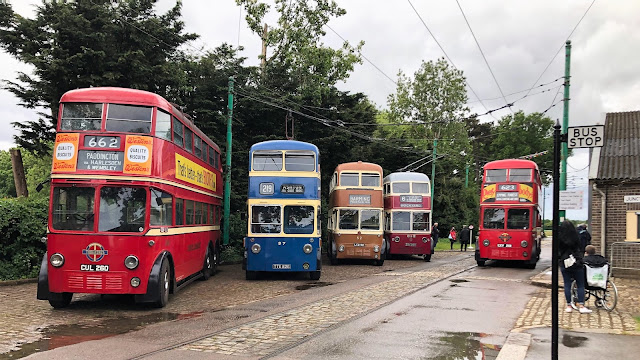 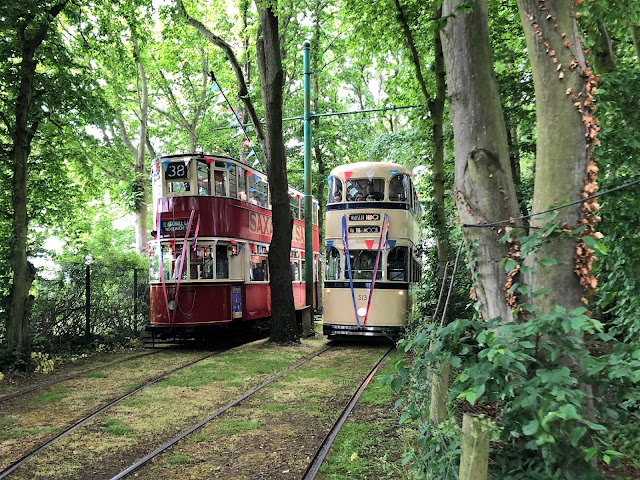 After a burger lunch, I ventured onto Blackpool Corporation tram 159 for a visit to the Woodside terminus and the ceremonial reversing of the seats for the return journey. It subsequently announced its presence by going bang but was quickly repaired and re-entered service. I then retraced my steps by walking to Woodside terminus to get a photo of two trams passing in the loop - Sheffield's 513 passes London Transport's 1858 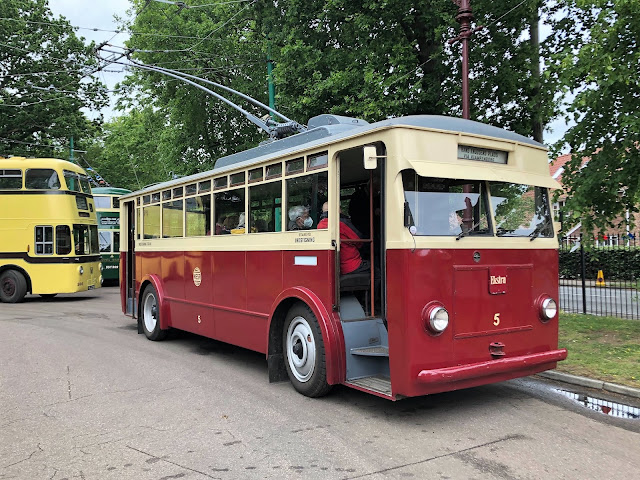 One of the trolleybuses I have constantly missed in service during my many EATM visits was NESE (Copenhagen) Strachan & Brown bodied Garrett and I was pleased to see it in use yesterday. The chassis was built 'down the road' at Leiston and is the oldest trolleybus still in active service. 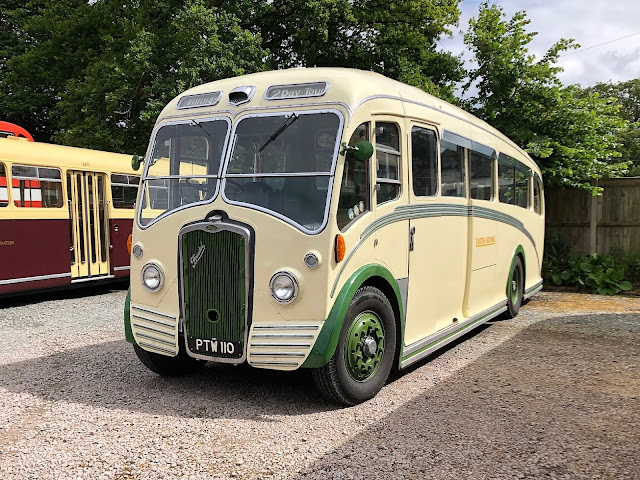 A last look around the buses present and I noted the usual resident fleet plus a couple of visitors including Eastern National liveried PTW 110. This Eastern Coachworks bodied Bristol L6 was new in 1950 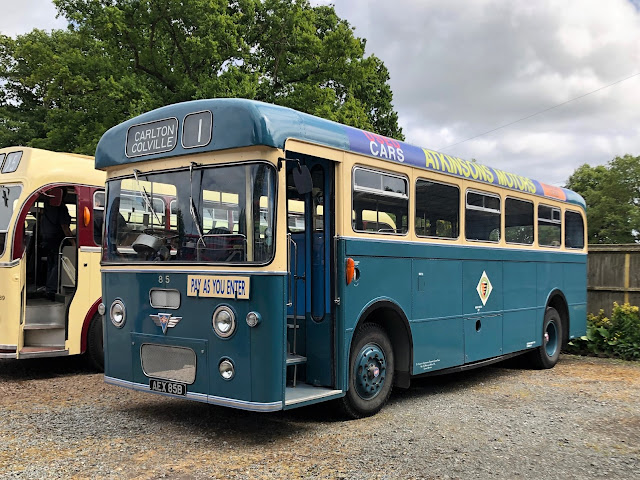 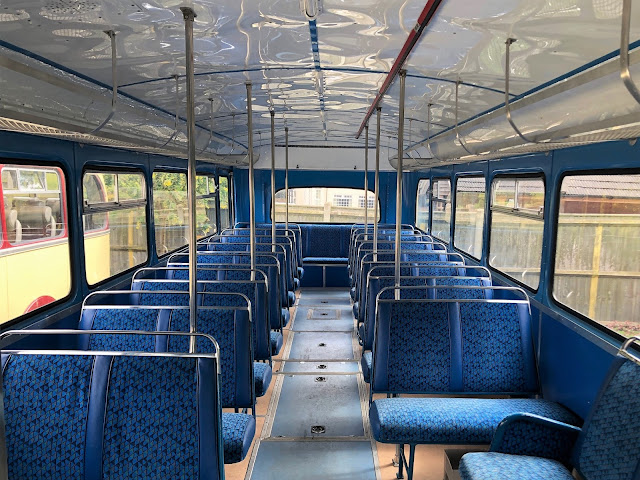 I understand that more than 1,000 visitors attended the event with 60 plus volunteers signing on. Well done to all those who organised the event and assisted it making it a successful one.

Roy
Posted by eastnorfolkbus at 11:33