I attended the Mid Norfolk Railway's Bus and Coach Day held at Dereham Station yesterday. Our arrival at the Cherry Tree Car Park in Dereham coincided with the appearance of Ipswich Buses Scania Omnidekka 64 SGZ 6664 in Ipswich Coachlines livery working the Park and Ride Circular. 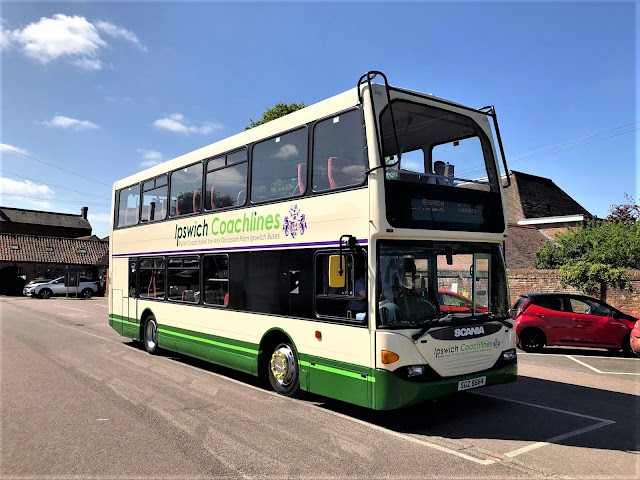 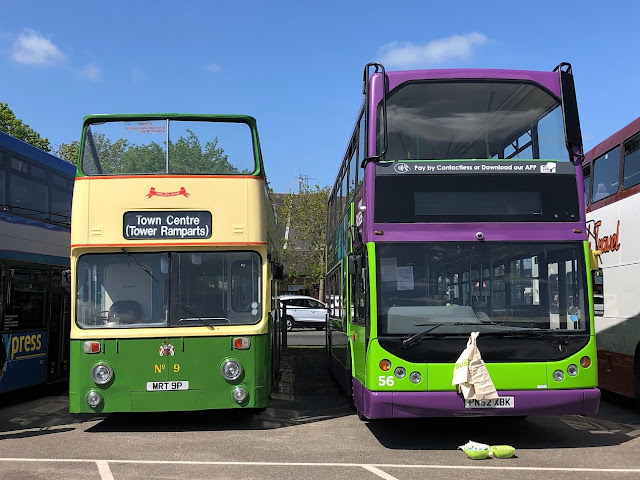 On arrival at the station we viewed the buses parked on the north side of the car park and first noted Pat Burnside's smart looking 1949 Eastern Coach Works bodied Bristol KS5G HPW 133, formerly LKH133 with Eastern Counties. 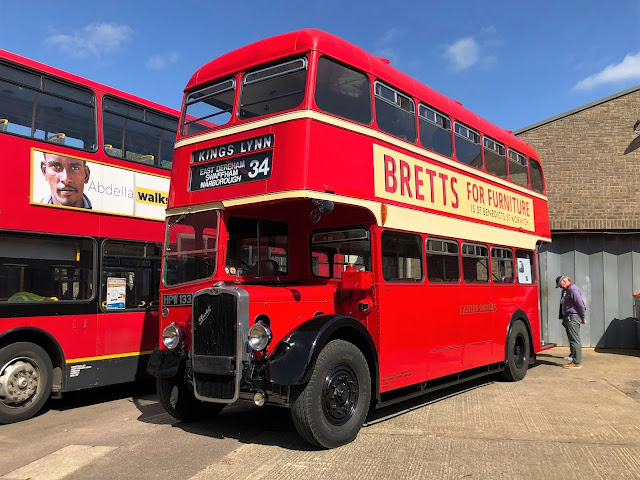 After a little chat with Pat, I took a picture of the two Konectbus vehicles next in line - Alexander Dennis Enviro400 610 SN62 AVG and driver trainer 9030 LX54 GZP still in Go Ahead London colours 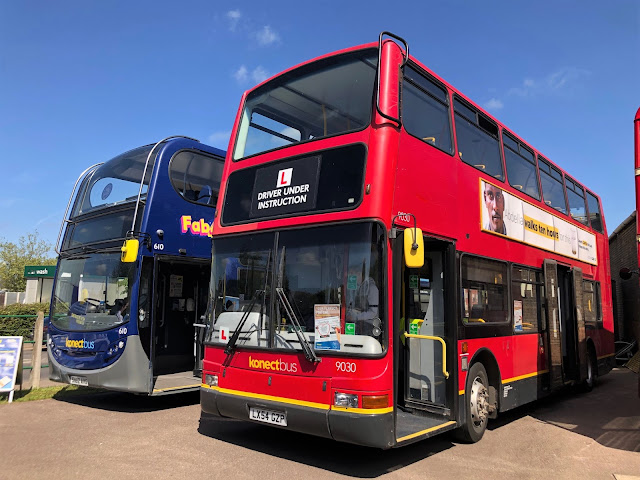 With HPW 133 disappearing for duties, its place was taken by AEC Regent III/ Weymann RT2150 KGK959. Owned by London Vintage Bus Hire, it is regularly seen on shuttlebus services to and from the Epping Ongar Railway in Essex. 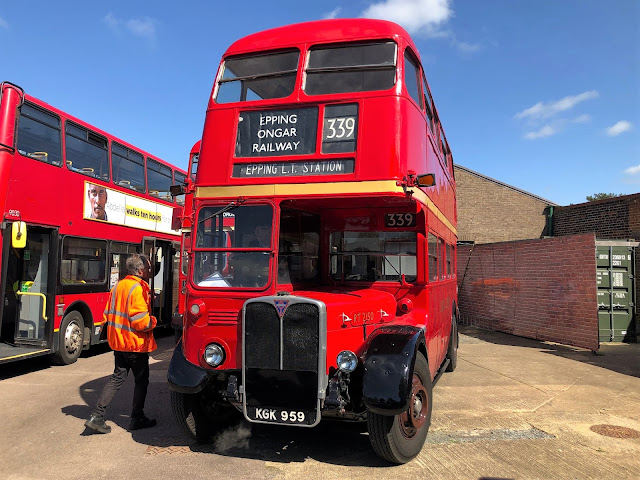 Meanwhile Rollesby's Jubilee Coaches Setra NH63 CYH appeared at the station entrance to pick up passengers on a private hire. 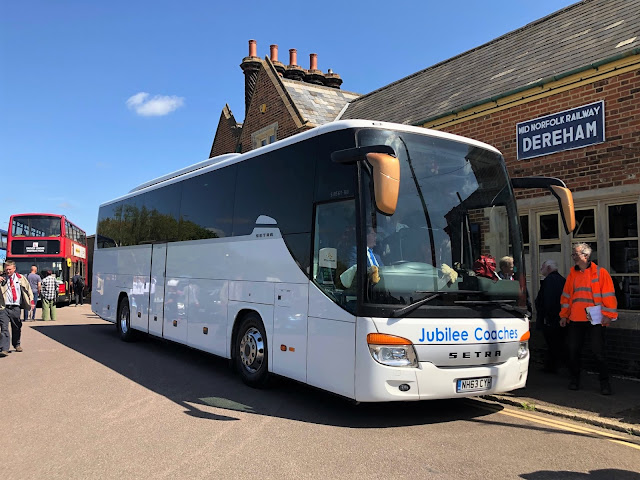 Next Dan's Coach Travel's ex Go-Ahead London Volvo Olympian R372 LGH arrived and is thought to be returning from a trip out from Yaxham. 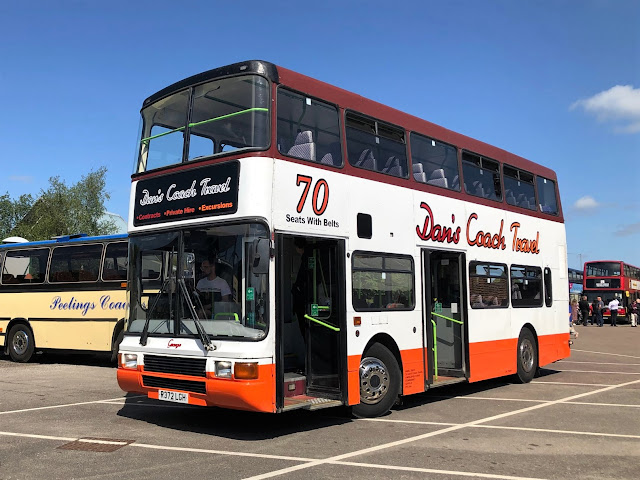 An unexpected visitor was Whippet Express liveried YN08 DHM branded for the operator's Huntingdon to Cambridge service. The Scania N230UD OmniCity was formerly with RATP London and is the only double decker currently in the fleet. 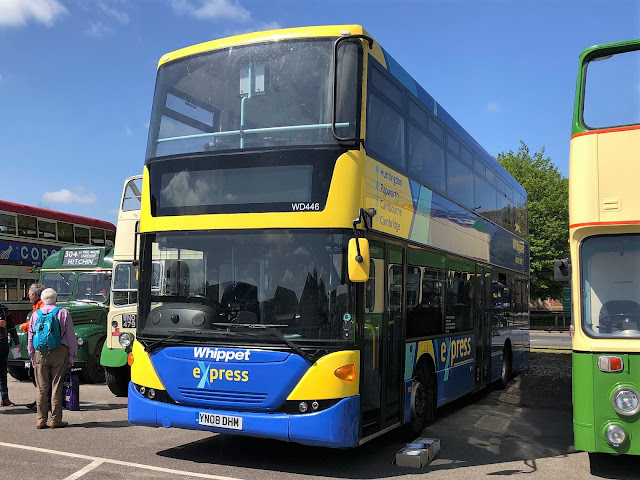 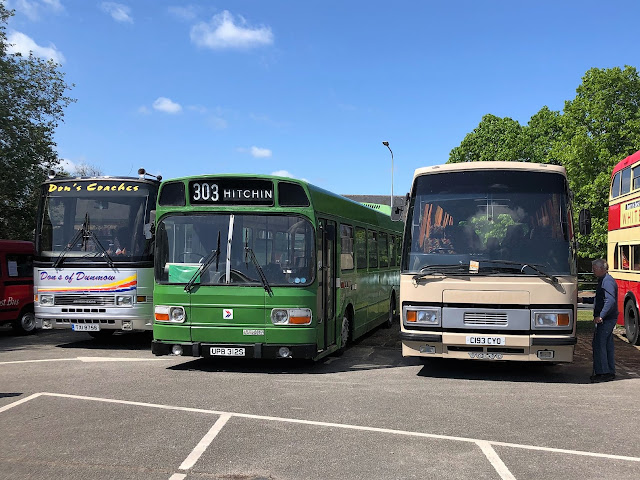 After our tour of those present it was decided to visit the rarely opened Hardingham Station. Open top ECW bodied Bristol KSW WNO 479 providing the means to get there. Sitting on the nearside, the drafty trip provided some concern about the tree branches being uncomfortably close with the guy behind being worried about losing his false teeth! 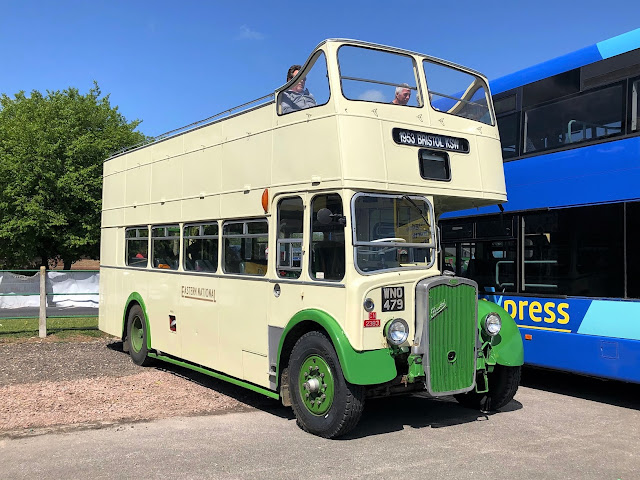 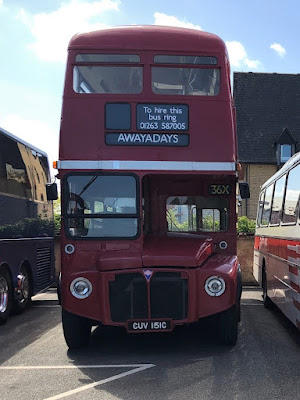 On arrival at the privately owned station, the owner treated us to some stories about the station with an invitation to visit Youtube to see a video of Flying Scotsman passing the station.
Our return was on the much less drafty Awayadays former London Transport Routemaster RM 2151 CUV 151C
Back at Dereham we adjourned for lunch and subsequently climbed aboard blue former Dereham Coachways Volvo B12BT/ Van Hool Alizee T9 K14 DCL for a visit to County School.
Whilst there, a cuppa and a piece of chocolate cake was consumed in the salubrious surroundings of the Class 100 railcar No 56301 on the adjoining platform. Eating in the first class seating area, naturally! 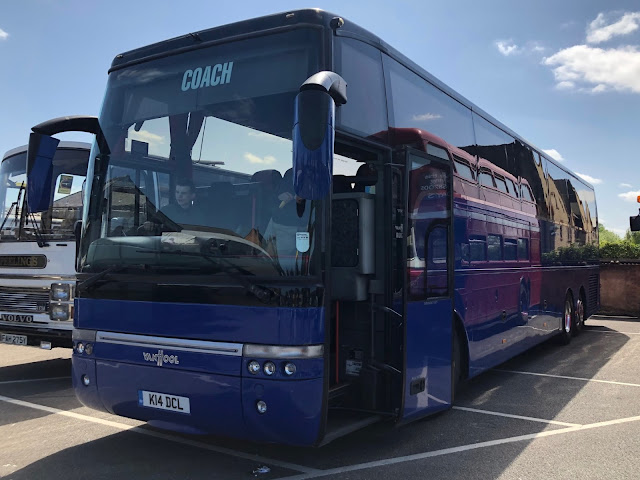 After a look around the site, complete with its miniature railway offering rides, we had a choice of which vehicles to return to Dereham. It was either former London Transport Green Line AEC Regal IV RF136 MLL 523 or ex London Transport ECW bodied GuyVixen MXX 317- We opted for the latter which gave sprightly run back to Dereham 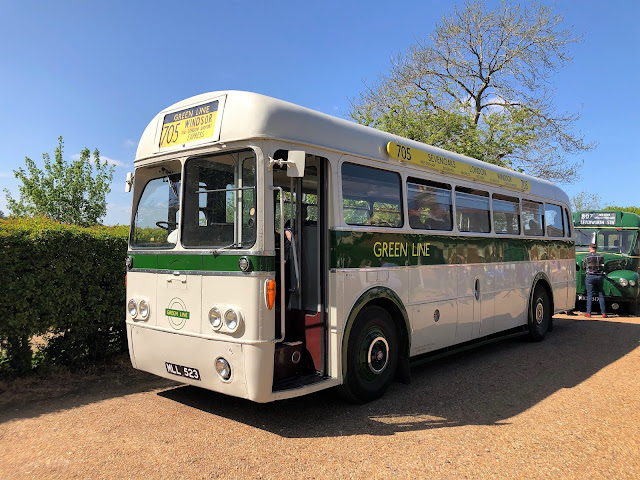 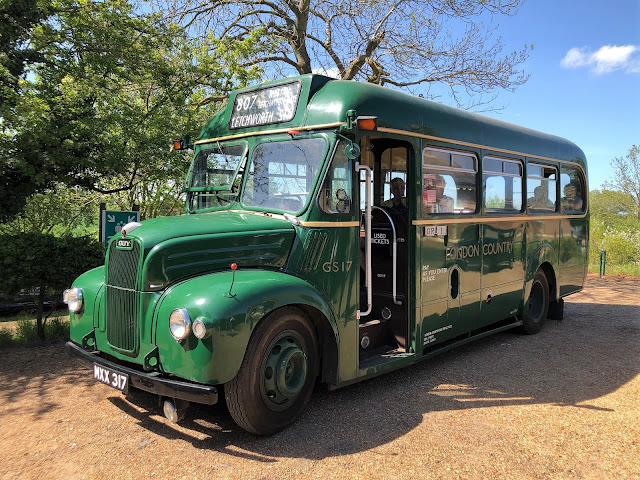 A couple of vehicles had missed the camera's attention as they were probably out on runs and these included Stratford Blue Leyland Leopard HAC628D and former Lincolnshire Bristol VR JVL 619H. 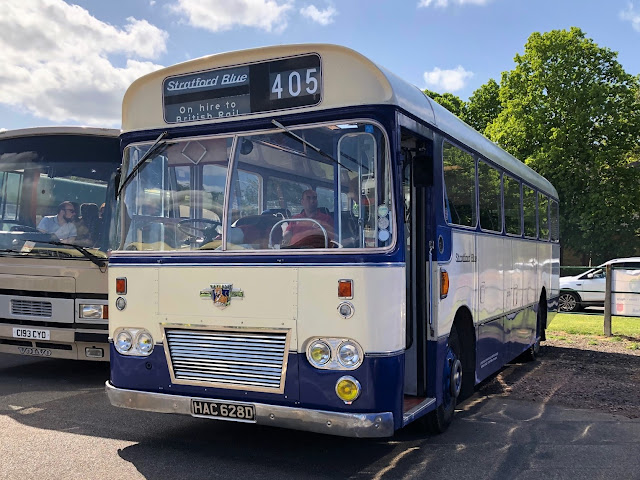 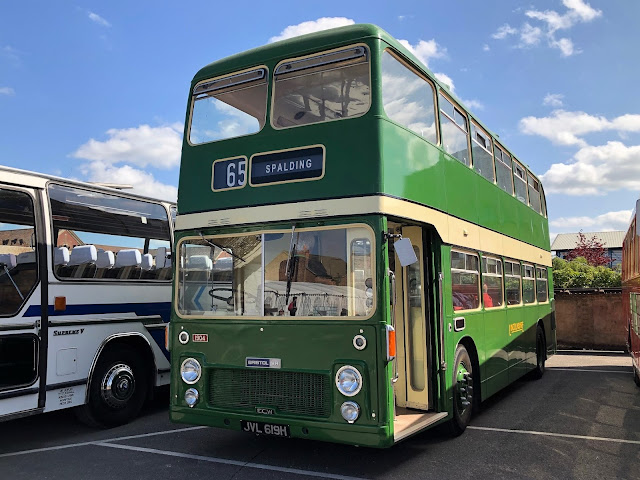 It was soon time to return home after a pleasant day riding and photographing the vehicles plus catching up with old friends. As we were leaving privately owned Volvo B10M G872 RNC entered the site for my last photo. 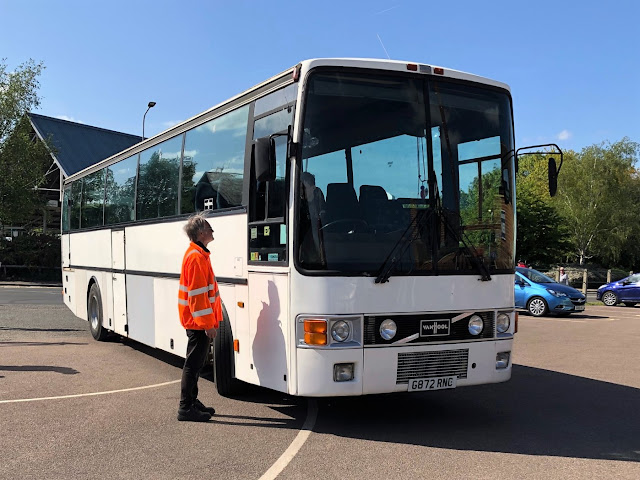 Roy
Posted by eastnorfolkbus at 11:02