It's been some time since I last reported on developments at the former Hopton Timber site at Hall Road. 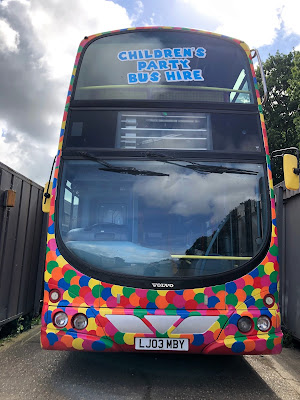 The site had previously been used to store two vehicles owned by a local enthusiast which wasn't that secure as the local vandals found out to their 'amusement'. Fortunately the two residents were rescued by the Eastern Bus Enthusiast Group for restoration (see GEX 740F Saved - 3rd August 2020)

Since then the site has been made more secure and I have been made aware that there were some vehicles stored there. So I made my way there on the way back from the EATM 50th Anniversary event in the hope of seeing what was about.

I initially saw a colourful LJ03 MBY now in use as a play bus and Grahame had previously published photos on the blog in November last year. (see All Aboard The Playbus - 26th November 2021) It's a Volvo B7TL/Wright Gemini new to Arriva London as their VLW 151. 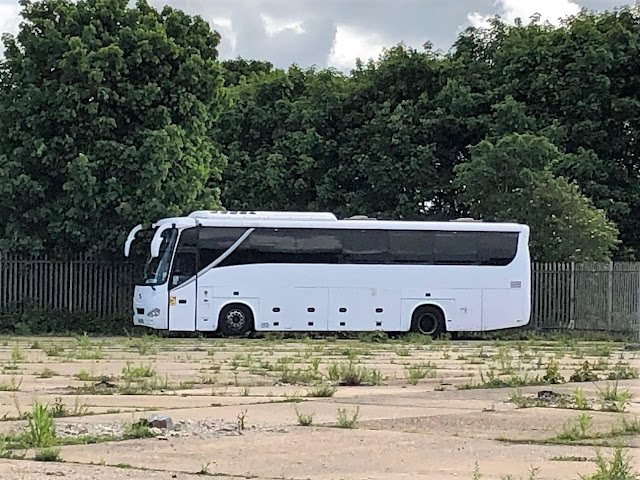 Also observed was a King Long KMQ6127 coach parked at the southern end of a large compound. It was one of a number being stored there by Angie's Tours during the COVID pandemic. Its identity is thought to be P21 PJO which is currently 'SORNed'.
Roy
Posted by eastnorfolkbus at 12:39