National Express is increasing the number of coaches currently used on its Great Yarmouth to London routes by expanding the local Ambassador Travel operation which provides the services. 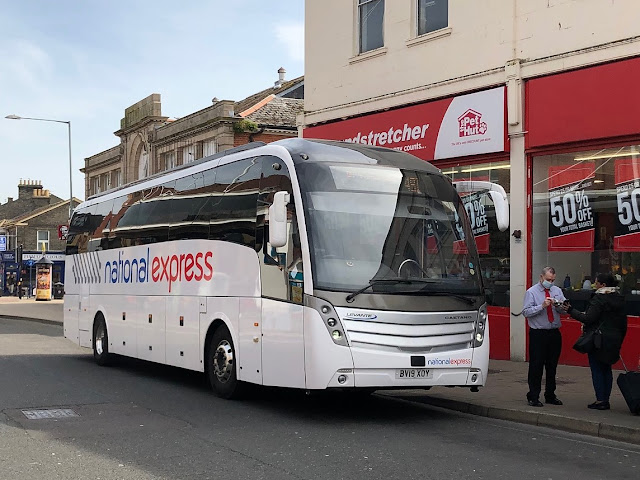 The decision by Megabus to cease all of its services between Norwich and London from 1st May has resulted in an increased demand for National Express services. The number of coaches used on its 727 service, between Great Yarmouth and Heathrow Airport is expected to increase from nine to twelve providing seven runs daily. The first 727 will leave the town at 0.25am with the final run arriving back at 4.30am

National Express is also experiencing a greater need for its 490 and 491 services between Great Yarmouth and London Victoria Coach Station which operate via Acle, Norwich, UEA, Thetford and London Stratford 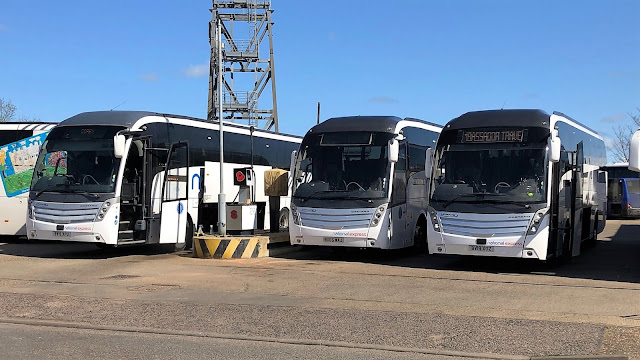 Ambassador Travel is based at Gapton Hall Industrial Estate and has run services for National Express for around 40 years. It is hoped that the new 727 timetable should be in place by the end of June which will require at least ten new drivers.
Roy
Posted by eastnorfolkbus at 22:40