David Bell has just returned from his trip with the Merseyside Bus Club to a couple of sites in South Wales including the former Barry bus depot where the Cardiff Transport Preservation group keep many of their vehicles.

Whilst in the area the club also looked in at a storage site on an industrial estate near Llandow in the Vale Of Glamorgan where many other exhibits in various stages of preservation are kept. 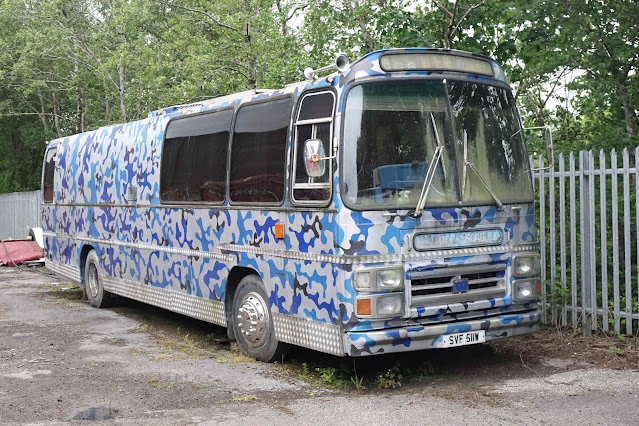 Much to his surprise, at the rear of the depot was former Norfolk Motor Services and ex-Caroline Seagull Plaxton-bodied Ford R1114 SVF 511W converted at some point into a mobile home. You can just make out Caroline Seagull on the front glass panel. Looks like it has been there for several years.

My thanks to David for his report and photo
Roy
Posted by eastnorfolkbus at 21:32