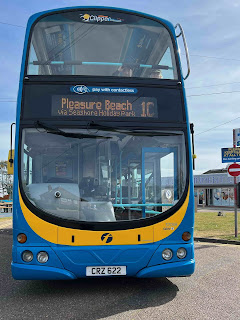 Alfie Clarke supplies a photo of the first departure from Hemsby Beach at 09:15 with Cabriolet 6 CRZ 622 in charge. Numbered 37059 in the First fleet, it was previously registered YJ06 XML and formerly operated in closed top form for First Bradford

Regular contributor Syd Eade also provided some photos of the first day of the service 1C and some are reproduced in today's post.

He says all ran very fine and many had decent loads. The only issue was the road train getting in the way plus illegally parked cars causing difficulty turning at Seashore. 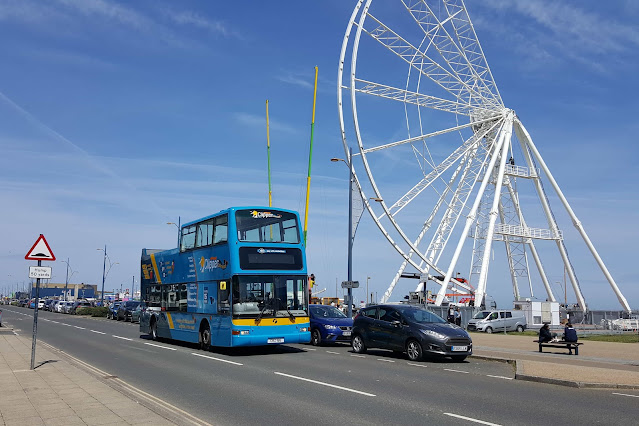 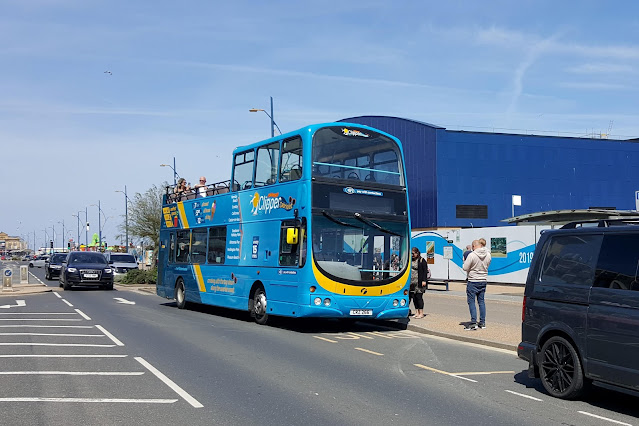 The next features CRZ 266 at the Marina Centre stop. The new state-of-the-art Marina Centre is on track to open in the summer of this year. 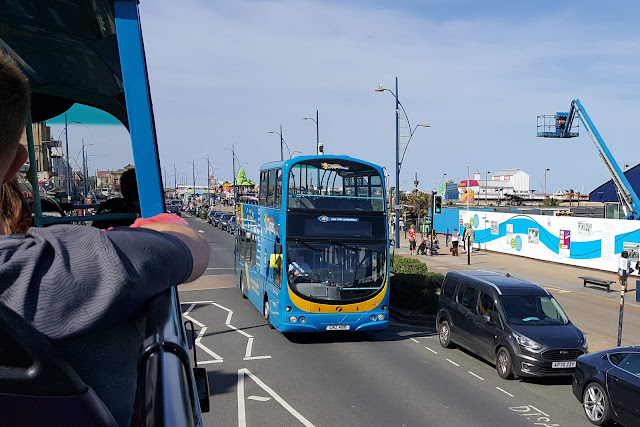 An on board view of the passing of CRZ 488 seen on Marine Parade just before the Marina Centre, 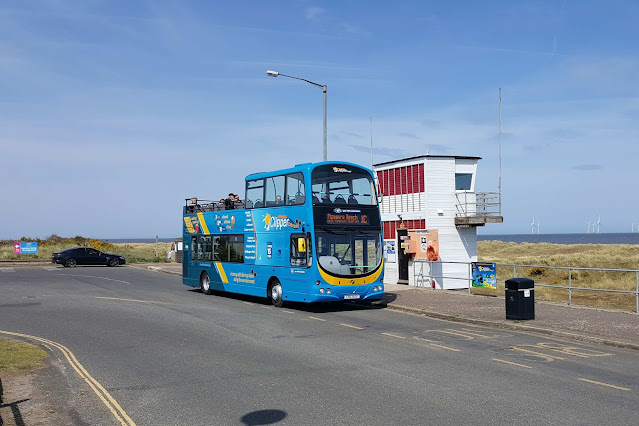 The final offering shows CRZ 466 at the Seashore terminus prior to continuing to the Pleasure Beach,

My thanks to both Alfie and Syd for their photos