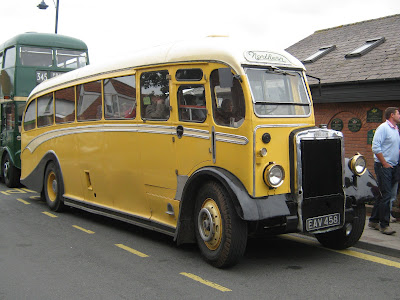 Originally No 117 with Sutherland of Peterhead, she is shown here at Sheringham earlier today in Northern Scottish livery as NPA197 in the fleet. 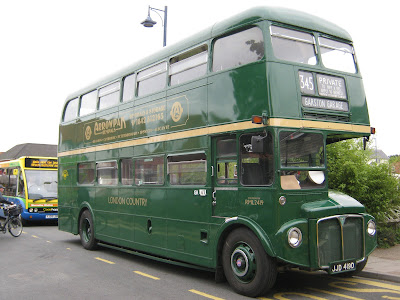 The 1966 built JJD419D has a Park Royal 72 seater body and is also pictured at Sheringham.

The final picture is of a 1939 Bristol K5G with an Eastern Coachworks lowbridge body. 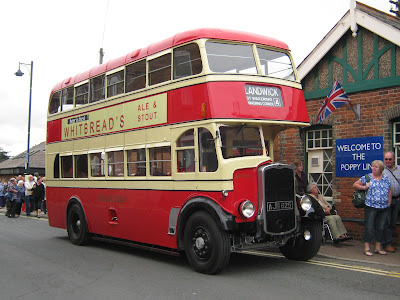 AJN825 was originally owned by Westcliffe On Sea Motor Services and I sampled a short run on her between Holt NNR Station and Holt village centre.

Despite the Showbus Event at Duxford today there was still a wide variety of vehicles in use on the Sheringham - Holt runs
Posted by eastnorfolkbus at 21:22