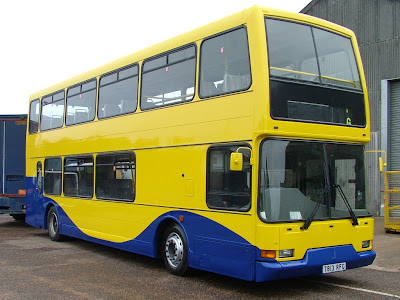 Regular blog contributor Tim Miller was alerted by a noise from the Car & Commercials yard at Beccles during yesterday morning.

He dashed over to witness the re-emergence of one of the former Brighton Tridents now in AnglianBus colours.

Having blagged his way in, he was able to obtain these exclusive photos of T813RFG.

The livery is similar to the other Tridents sourced from Stagecoach London; apart from there being no blue area on the top rear panel. It is thought that this may be a temporary measure to see how it looks and that others may be treated in a similar manner. 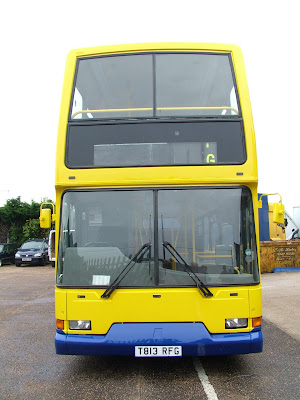 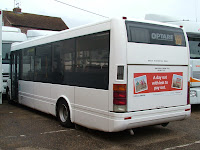 My thanks to Tim Miller for the photos and his report. All photos are copyrighted to Tim Miller
Posted by eastnorfolkbus at 10:54