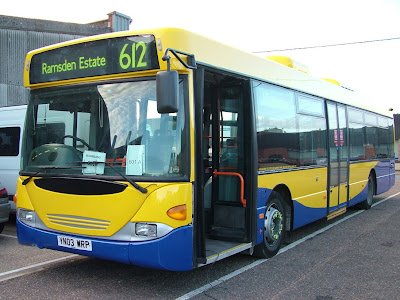 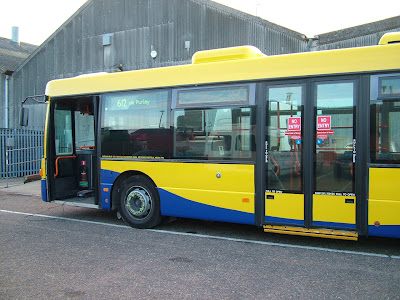 Another unidentified Scania was also hiding at the rear of the site.

It had received extensive front end damage and was thought to have been a write off.

Could it have been 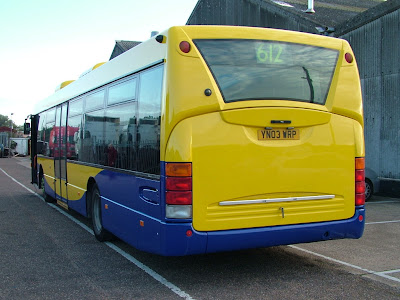 the former Metrobus 445 YN05HFE which was written off in the accident at North Cove recently?

My appreciation goes to Tim for his report and the photographs
Posted by eastnorfolkbus at 20:33