Flamingo to Fly the Nest 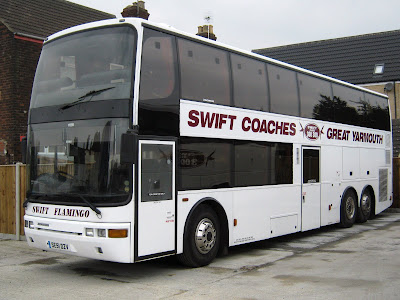 Joe Watson at Norwich Bus Page has brought to my attention that Great Yarmouth based Swift Taxis have sold their double deck coach.

Previously registered KSK983 when owned by Parks of Hamilton, she was acquired by Swift for use on school contract work

Many thanks to Joe for the information
Posted by eastnorfolkbus at 12:42