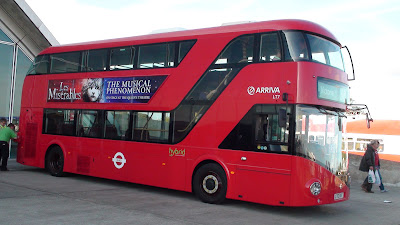 As always we try to get there to cover local vehicles attending the event and this year was not unusual in that it clashed with another event (or there was bad weather forecast!)

Who knows perhaps we 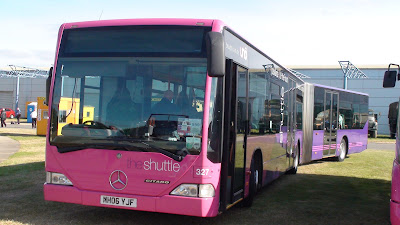 However, Paul Bennett made the journey with AnglianBus and he shares some of his pictures with us

The first is of an Arriva London 'Borismaster' in the shape LT7 LT12GHT - a Wrightbus NBfL hybrid. 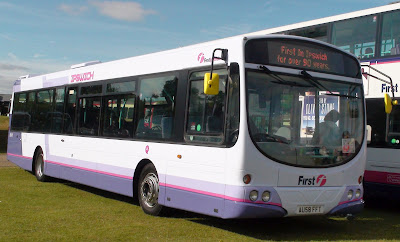 First Eastern Counties had at least two vehicles at the event - including First Ipswich Volvo B7RLE/ Wright Eclipse AU58FFT in the 'refreshed' livery.

First's Great Yarmouth depot sent Volvo B9TL 36166 BD11CFK; which would account for the unexpected sighting of it at Caister Road on Sunday evening!

Other local representatives at the event included Eastons, Goldline Travel and Peelings

My thanks to Paul for photos and report
Posted by eastnorfolkbus at 11:12