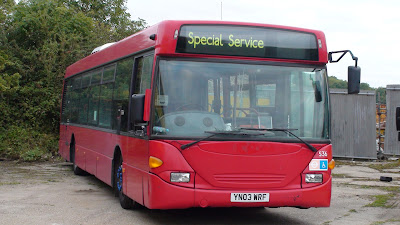 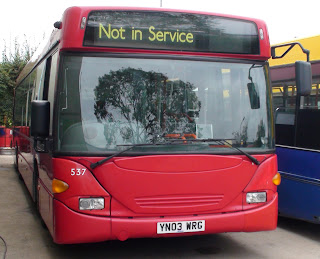 The four red liveried Scania Omnicity buses had arrived in the last few days and the details are as follows:-

With the exception of 448 (based at Rackheath), they join sister 450 YN03WRL at Beccles

Having said that Syd Eade saw both YN03WRJ and YN03WRL working on the 601A today.

Both were unhelpfully displaying 'Not In Service' but with paper stickers in the front windscreen. 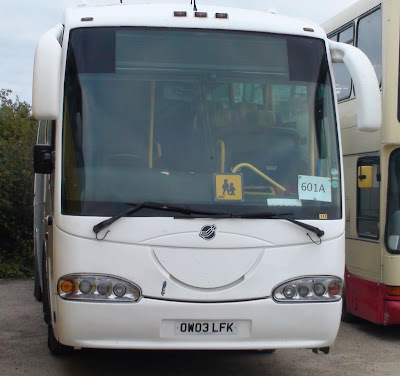 He suggests that as one of them has a fleet number (incorrectly!) applied it may indicate a repaint not being on the cards for some time yet.

Meanwhile also at the Beccles Depot on Sunday were all five Irizar bodied Scanias:-

As already mentioned on this blog the last two are not strictly fleet members.

All photographs, unless stated, are the copyright of Paul Bennett
Posted by eastnorfolkbus at 19:27