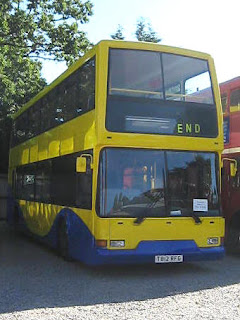 This weekend saw the East Anglia Transport Museum hold their annual end of season trolleybus gala. A few buses were also in attendance with some operating free services to the museum from Lowestoft and Beccles.

For me the visit started badly with the substitute camera refusing to take any reasonable picture at all! As it took videos ok not all was completely lost as I managed to get some stills from them.

My journey to the museum on was also eventful as the 'best' seat available was at the rear of RT3125 KXW234. What a bad choice as the experience was like riding a bucking bronco! There was some relief as the journey was interrupted by an over lengthy opening of the bridge.The journey was interesting though as we passed through parts of Pakefield I had never been to on a bus before! 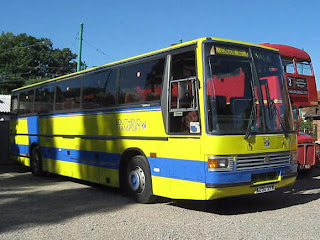 On arrival, the first vehicle my eyes were drawn to was T812RFG one of Anglian's newly painted ex Brighton & Hove Tridents

Dating from 1985, the vehicle is now in the care of Ensignbus. 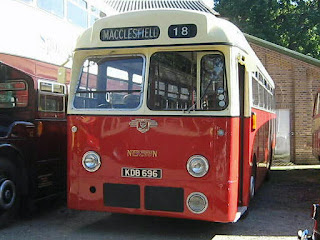 Not that many visiting buses featured within the museum but, for me, the most interesting was the privately preserved North Western Road Car Company 696 KDB696 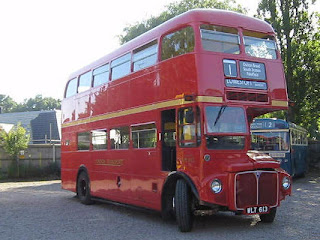 All too soon it was time for the ride back to Lowestoft Bus Station and I wondered what was in store.

It was to be the immaculately restored Routemaster RM613 WLT613 and what a comfortable ride it was too!

The conductor was equally friendly and provided passengers with a ticket from his Warrington Corporation TIM machine; my how the memories returned of Great Yarmouth Corporation issuing these!

Finally my apologies for the poor standard of photos - the offending camera is now being consigned to the bin!
Posted by eastnorfolkbus at 22:14