Details have now come to hand regarding the allocation of fleet numbers to the recent AnglianBus arrivals.

Stephen Wright visited Anglian's premises at Ellough on Saturday last and the company were very helpful in providing him with this information. 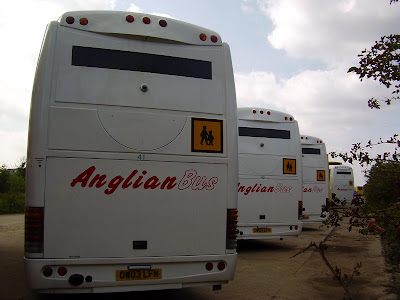 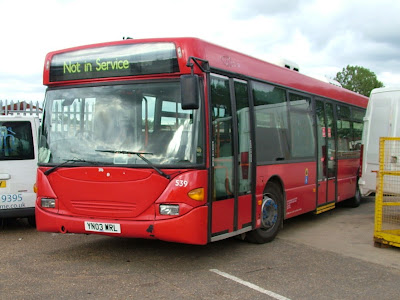 A replacement, also from Metrobus, has arrived in the shape of  their red liveried 539 YN03WRL

She was subsequently observed by Tim Miller at Car & Commercials earlier today ready to undergo a conversion from two door to single door, upseating and a repaint into AnglianBus colours

My thanks to AnglianBus and Steve Wright for the above information and photos.My thanks also to the ever observant Tim Miller for the report and photo of YN03WRL