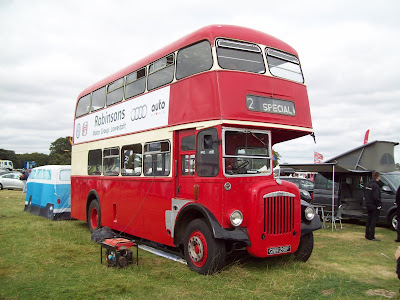 Celebrating its 38th rally, this is hardly an event where you would be likely to see any buses; especially with it coinciding with Showbus at Duxford and the 1940s Weekend on the North Norfolk Railway

How wrong can you be as an ex Northampton double decker was in attendance!

Many thanks to Tim for the report and photo
Posted by eastnorfolkbus at 10:54