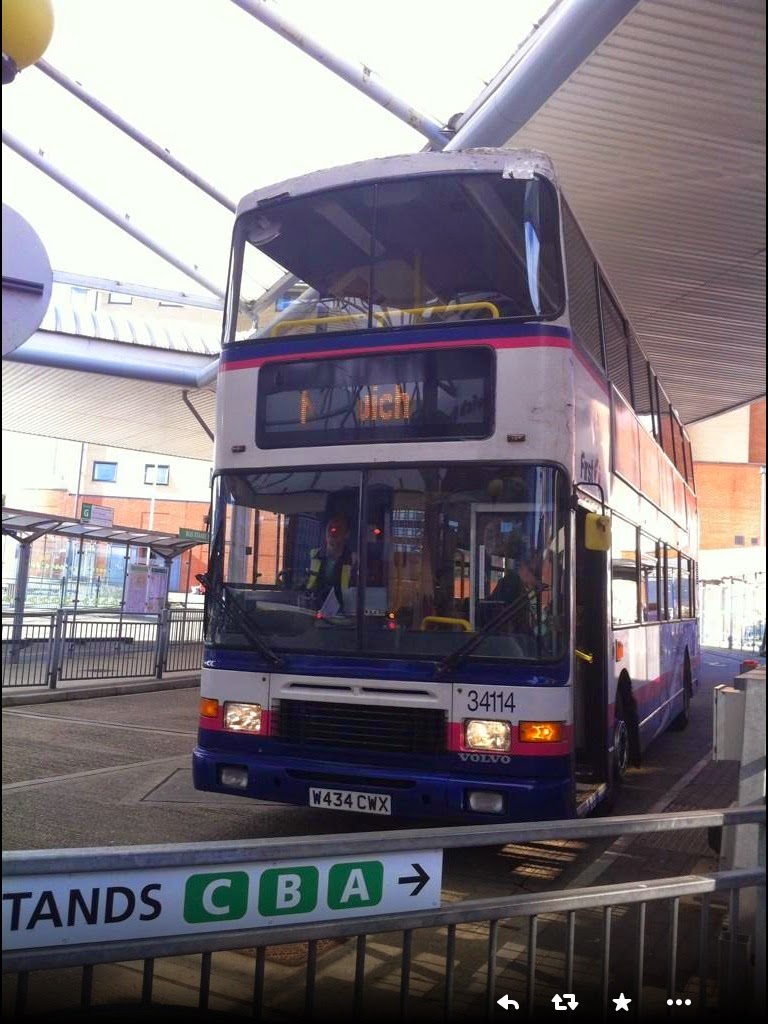 At around 8:30 he saw Volvo Olympian 34114 W434CWX heading towards him to work the service

He also tweeted pictures of the interior prior to his arrival at Norwich Bus Station, which can be viewed on the eastnorfolkbus twitter feed on the left of this web page

Following arrival, he alighted and immediately took a photo of 34114 which he forwarded via twitter

Thanks Jamie for the email, tweets and photos
Posted by eastnorfolkbus at 10:32