This morning meant a comparatively early visit to town today (reminding me of the old times when I used to work!!) 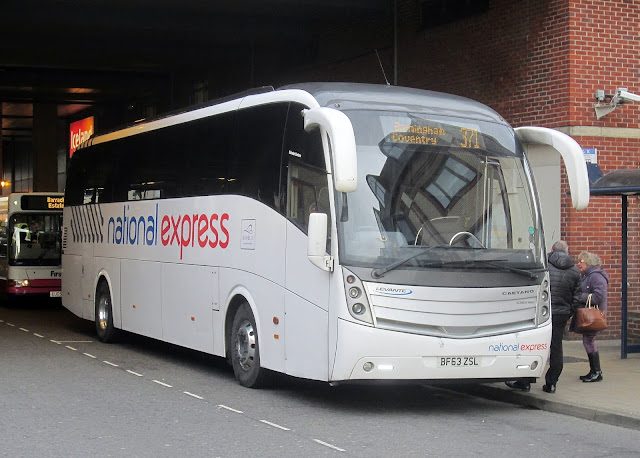 Lurking around the town centre to view some out of the normal activity, I decided to capture on film Ambassador Travel's Volvo B9R/Caetano Levante 211 BF63ZSL on the rarely photographed 371 service to Birmingham. 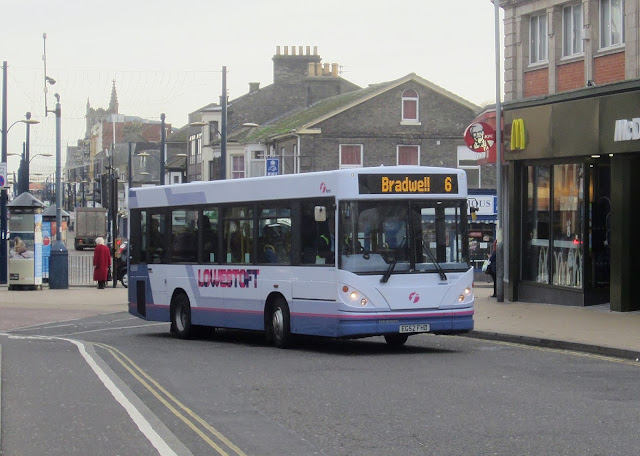 After a wander, I returned to Market Gates in time to witness Lowestoft loanee 43859 EG52FHD arrive on the 6 from Bradwell. Its arrival coincided with a tweet from Jamie Skinner to say it was on the 6, so here's the pic from 'our intrepid man on the spot' as Tim Miller would say! 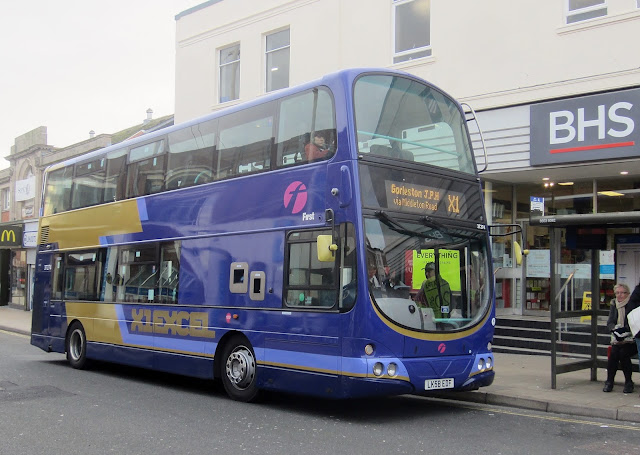 Finally, as I was about to go for my caffeine injection, a pristine looking 37274 LK58EDF arrived outside BHS for its next X1 duty to the James Paget Hospital. It looks as if it had just come straight out of the box! The guys at Full Circle have done a grand job

After many unsuccessful attempts to tweet the photo using The Cloud, I succumbed to my Costa calling and tweeted it from there using their more reliable WiFi!