Saturday saw the annual Ensignbus running day using heritage vehicles from its fleet and some visiting vehicles. Routes radiated from Lakeside to Grays, Gravesend, Shenfield and Upminster and our regular contributor Tim Major was watching proceedings and sent these photos for me to use on the blog First up we have a photo of a former London Transport, pre-war AEC Regal T499 at Upminster. The 38 seater was new in 1938 and has the registration ELP 223. Following behind is 1949 built London Transport RTL453 (KLB648) a rare preserved Leyland PD2 example of this famous class 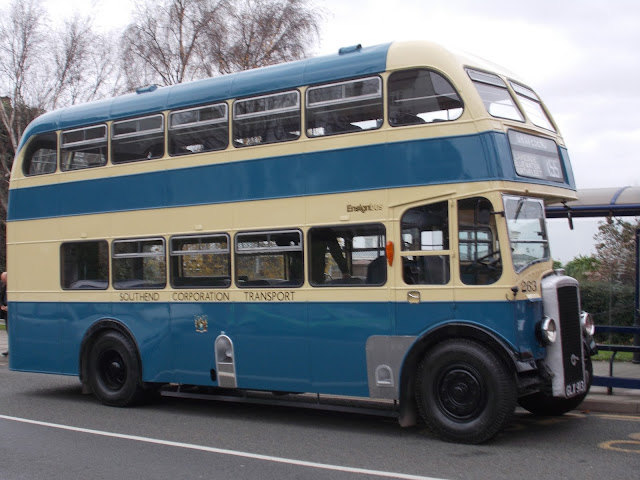 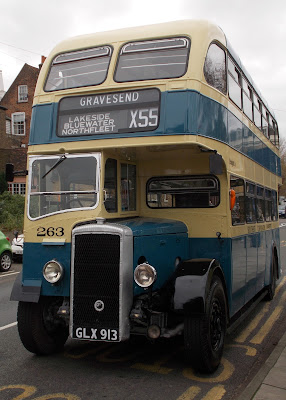 Next up is ex Southend Corporation Daimler GLX913 which has a London Transport chassis with Massey Brothers bodywork of 1954 vintage. It was one of a batch of ten second hand Daimlers the Corporation used to replace its trolleybuses in that year

Tim said the vehicle featured on the X55 service to Gravesend and coped well with the climb over the Queen Elizabeth Bridge with a full load.

The penultimate photo shows former London Transport MCW bodied Scania Metropolitan KJD260P. MD60 entered service in the capital in 1976 at Peckham Garage. In 1980 it moved to Plumstead and was placed into store in December 1982. It was withdrawn twelve months later.

Ensign acquired the decker from a preservationist in 2008 and, after a lengthy period of restoration, it became operational again in August last year 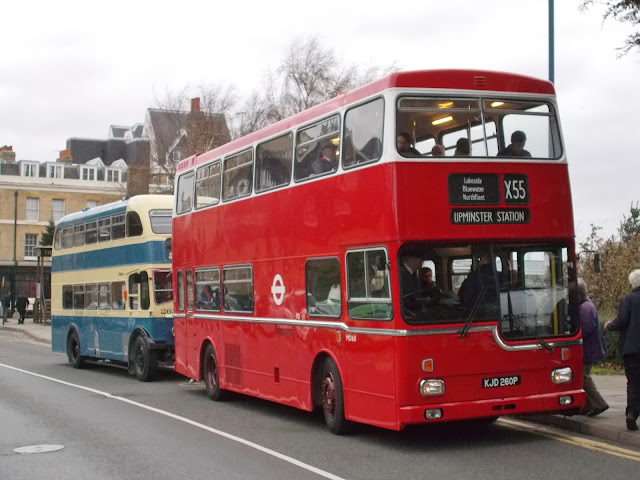 The final photo is of ex Southend Transport Van Hool Astromega JEV245Y photographed at Lakeside. Tim says 'Not really my cup of tea, too modern! I know it is approx 18 years old and a bit of a beast' 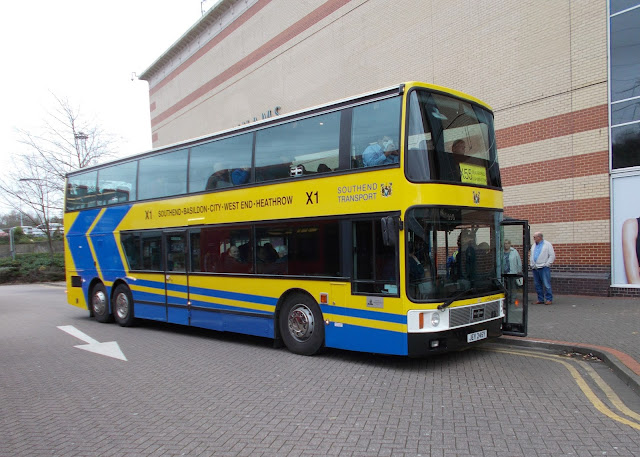 My thanks to Tim for the photos and anecdotal information

Roy
Posted by eastnorfolkbus at 07:38