Saturday saw an early start as we were off to the capital for the day sightseeing and meeting up with my daughter and her partner. As our train arrived in Liverpool Street earlier than theirs at Victoria, we decided to meet up at the latter 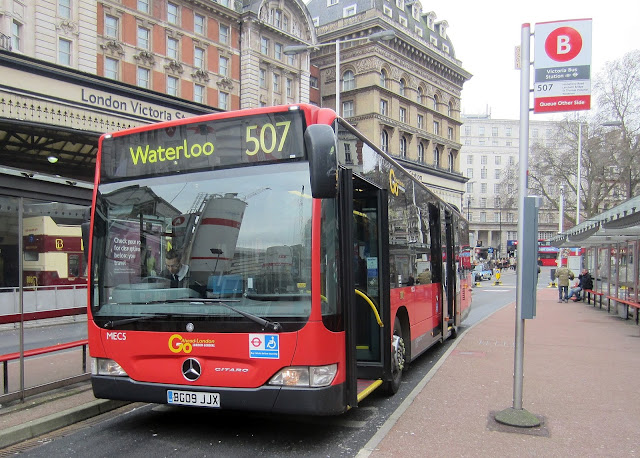 So armed with our Oyster cards, we set off with the aim of visiting the usual tourist haunts with the odd bus photo taken on the way. The first was of Go Ahead London MEC5 BG09JJX Mercedes Benz Citaro O503 outside Victoria Station awaiting its next journey. 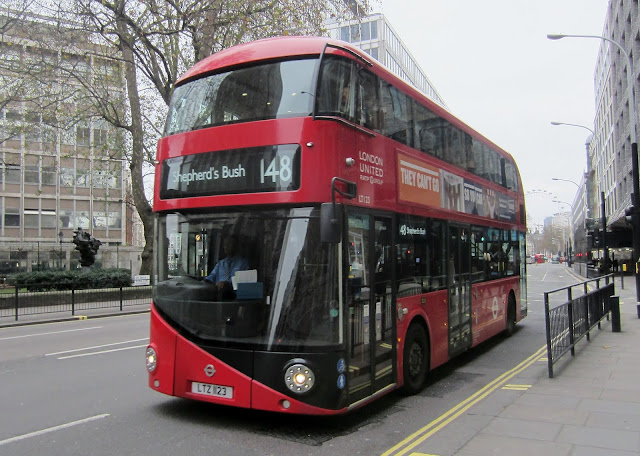 The new Routemasters were all too soon in evidence and it wasn't long before I got my first picture of one in Victoria Street on our way to Westminster. It was London United's LT123 LTZ1123 heading for Shepherd's Bush on the 148 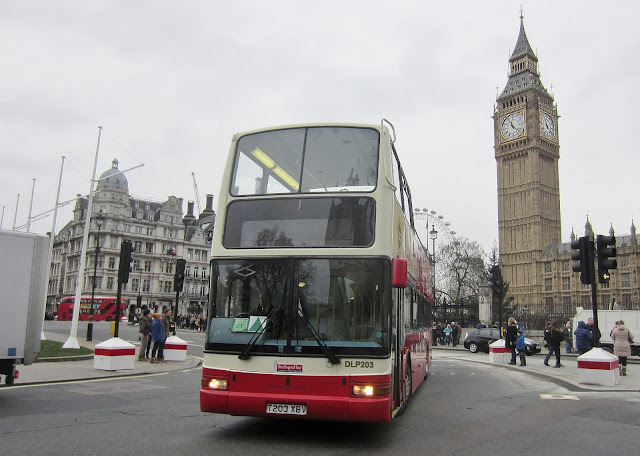 As we approached Westminster Abbey, it was noticeable that many of the London open top tour buses were out in force and I managed to snap Arriva London Sightseeing DLP203 T203XBV circling Parliament Square. The Plaxton President bodied DAF DB250LF began life with Arriva in July 1999 (complete with roof!) 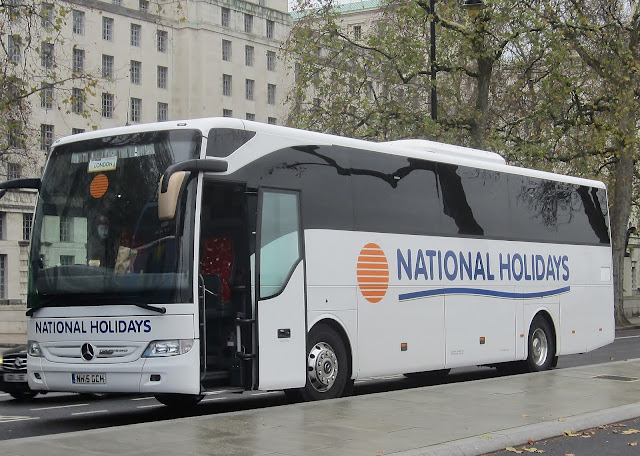 Passing the Houses of Parliament we decided to have a stroll by the river along the Embankment - witnessing some parked up coaches on the way. A couple of National Holidays coaches were hiding among the foreign visitors in the form of Tourismo NH15GCH (seen above) and Setra NH13MWH 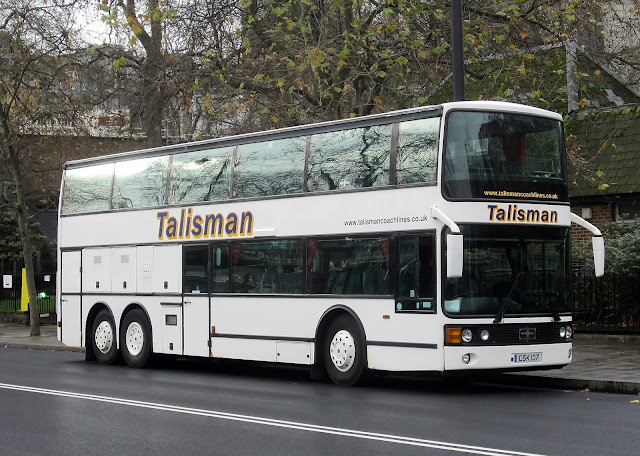 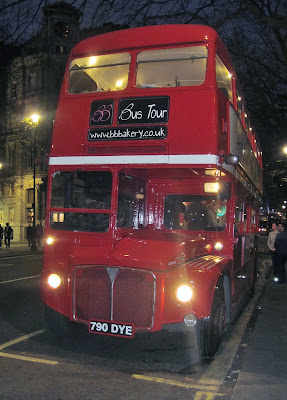 It was noticeable that many representatives of the Essex based Talisman fleet were present, including Setras BU14SYE and BU13ZUA plus Van Hool Astromega DSK107 (pictured)

Taking a break from bus photography, we headed off to Trafalgar Square for an enjoyable lunch. A leisurely stroll followed along the Mall via St James' Park to view the Palace. Although the Queen was in residence there was no time for tea!

We returned to Trafalgar Square via Bird Cage Walk and Whitehall and by then it was getting dark. However, in Northumberland Avenue we came across former LT Routemaster RM790 790DYE now in use as a privately organised Afternoon Tea Bus Tour for BB Bakery. In was new into service with London Transport in December 1963 at Aldenham Bus Garage. After a long spell of use as a Playbus with the London Borough of Lewisham, BB Afternoon Tea Tours acquired it in August last year 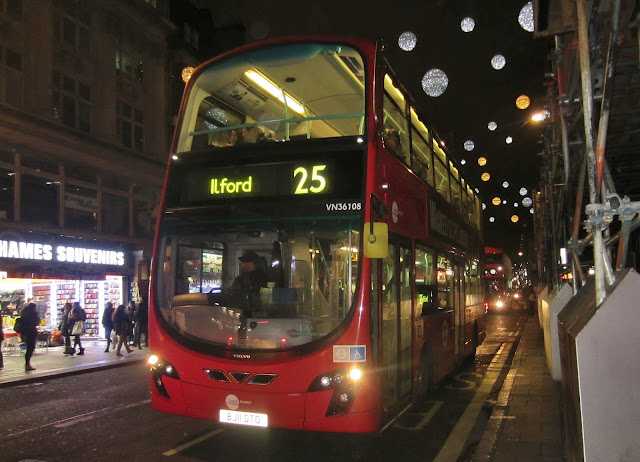 It was then shopping time with Leicester Square and Oxford Street among the areas frequented. With the others shopping, it gave me some time to practice my night photography skills. It appeared the best results were achieved when the buses were static, as witnessed by Tower Transit's Wright Gemini 2 bodied Volvo B9TL BJ11DTO pictured at the latter location on its way to Ilford on the 25

All in all a very busy, tiring but enjoyable day - slept well that night!

Roy
Posted by eastnorfolkbus at 09:08