This week's Throw Back Thursday features something a little different. Each week I trawl through my many albums for a photo for the week's subject and almost every time I keep coming across this picture of a Routemaster in Market Gates - taken sometime in the mid 1980s

Unfortunately I could not exactly make out the exact registration, so numerous searches of what I thought was the registration came up with nothing. My next port of call was the informative Iain's Bus Stop and I found it was an RM of sorts with the front light layout enabling me to narrow it down further 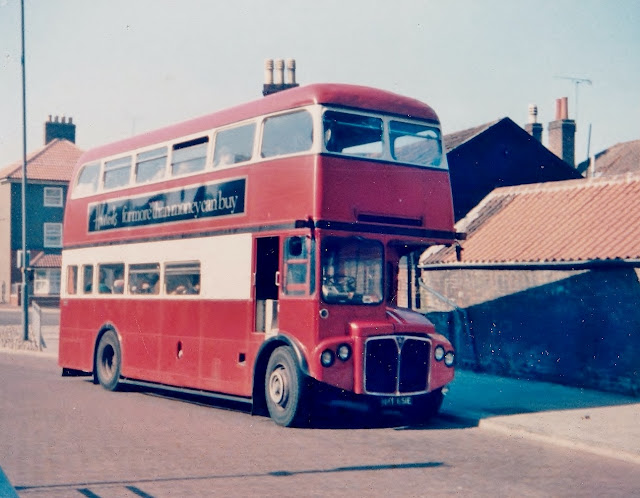 However, a search through all the London Transport registrations of deckers with an E reg yielded nothing. Upon referring to the main contents page, I saw that British European Airways had some too and searched for what I thought could be the registration. I found NMY651E but it was recorded as being in blue and white livery when with Plumstead Garage Sports Club at about the time the photo was taken

Undeterred, I put the registration NMY651E in the Google search box and found this photo which confirms it was the same bus! What it was doing in Great Yarmouth I am not sure; probably a sports club outing to the town.

It was new in February 1967 as BEA51 and became RMA56 when London Transport acquired it in June 1979. After a spell in private preservation in the late 1980s it was exported to France and was last noted in use by Octobus SARL of Paris in 1996

Mystery solved - never underestimate the power of the internet!