A quick visit to town earlier today and I noticed both of the two recently transferred B10BLE's at work on the 6 to Bradwell. The next couple of days are expected to be their last days in local service before they are withdrawn as being none DDA compliant.

Whilst out and about, I thought I would look in at First's Caister Road depot and it appeared to be eerily quiet. So I decided to take a look at what was lurking in the rear yard 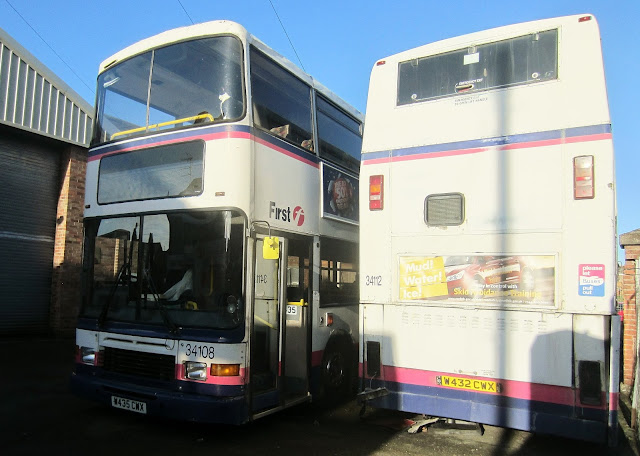 Peering through the fencing I saw that four Volvo Olympians had been parked up. 34108 W435CWX was still beside 34112 W432CWX on the right hand side, whilst 34114 W434CWX had been moved to the rear south east corner taking up space which 34110 had vacated prior to its journey into preservation

The fourth member was 34111 W431CWX which was recently active on Bernard Matthews contract work. It is hoped that it will return to those duties in the new year