As usual a gloomy start to a Saturday i had planned for some photography but with a strong will i decided to venture up to Norwich to capture some of the latest arrivals around the various local operators. 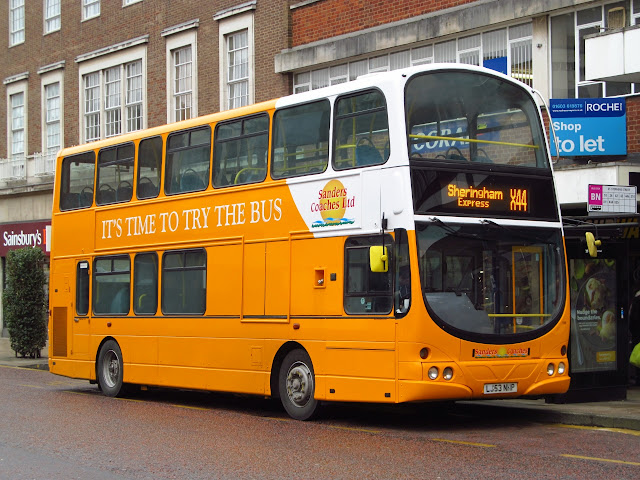 First sighting of the morning was one of the trio of ex London DAF/Wright Geminis belonging to Sanders, LJ53NHP was sitting in St. Stephens about to depart on the X44 to Sheringham. LJ53NHV was also photographed later in the day. Another new arrivals for Sanders are YJ60GDX & YJ64FWF both single deck DAF/Wright which were with Fishwicks of Leyland, neither were seen today in the city but i later found out YJ64FWF would have been going past my front door on the 6 to North Walsham . 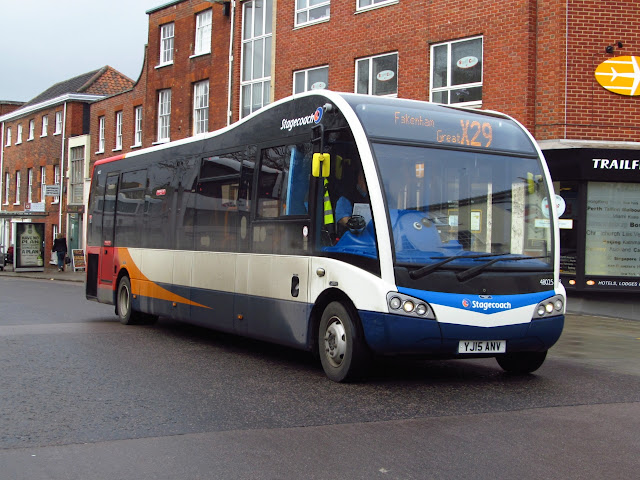 Stagecoach Norfolk run the X29 service between Norwich and Fakenham and vehicle allocation is very random and all sorts of vehicles from their fleet can be seen working the route. Today was no exception with a variety of Optare Versa, Tempo, Solo & Solo SR in use alongside a Trident or two!  Solo SR 48025 YJ15ANV is seen here in Castle Meadow heading out of the city to Fakenham. 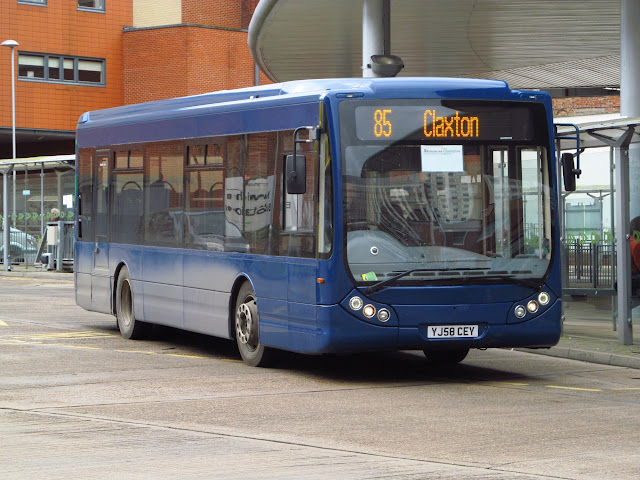 Simonds of Botesdale are currently running a pair of Optare Tempos on loan from Kings Lynn based Lynxbus. YJ58CEY & PF10MDX are both shorter wheelbase versions and were in use on the 85 service today. Both are still in a base livery of former owner Diamond Buses and are yet to be repainted by Lynx. 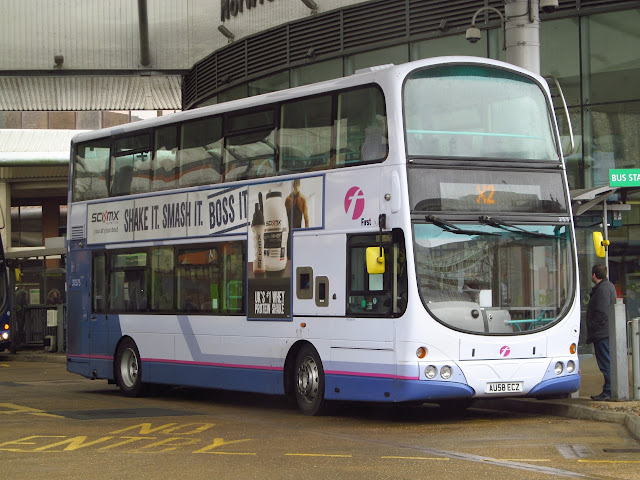 Finally at a very damp Bus Station we have former Great Yarmouth Gemini 37575 AU58ECZ now working from Lowestoft on the X2 today showing a very basic destination screen, first time i have seen this in use.

Hopefully i shall be off to the Ipswich running day tomorrow so a full report will be up on the blog at some point at the beginning og next week.

Grahame.
Posted by Norfolkbus at 18:38