Following a re-tendering process by Norfolk and Suffolk County Councils, the service between Lowestoft Bus Station and Gorleston's James Paget Hospital (JPH), via Lound, is now being operated by another bus company 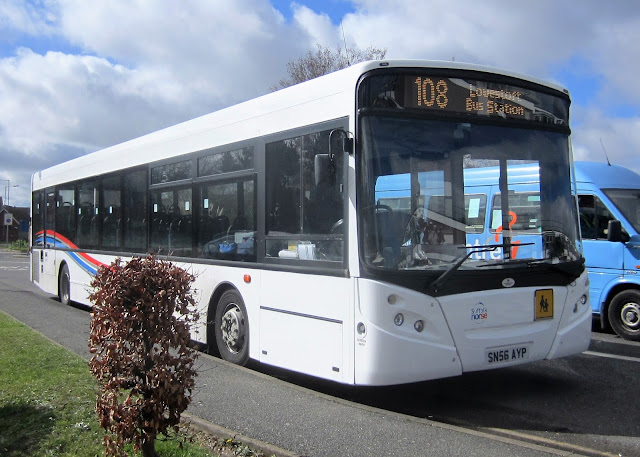 Since yesterday, Suffolk Norse has taken on the responsibility for the service which now runs as the 108 route. It was previously operated by Anglianbus as the 60J

With low loadings being noted on the 60J, it had been speculated that a minibus might be used on the route. However, the second day of the service saw ADL Enviro300 SN56AYP in control. The photo shows it having arrived at the JPH today with the 10:15 from Lowestoft with no passengers alighting on arrival!

Roy
Posted by eastnorfolkbus at 15:16