The next instalment of my journey through the photo archives goes back to one of my first trips with a Digital Camera, an Olympus C300Z to be precise!. I drove up to Sheffield and booked myself in to a Travelodge for a two night stay to explore the delights of West Yorkshire, taking in the sights of such glamourous locations as Halifax, Huddersfield, Bradford, Leeds and not forgetting Doncaster, Rotherham and Barnsley!. On my journey using a Metro card which if i remember was something like a fiver for a weekends travel anywhere in Yorkshire on Buses and Trains! I came across a few vehicles which would either end up in East Anglia or had made the trip North from the East Coast. 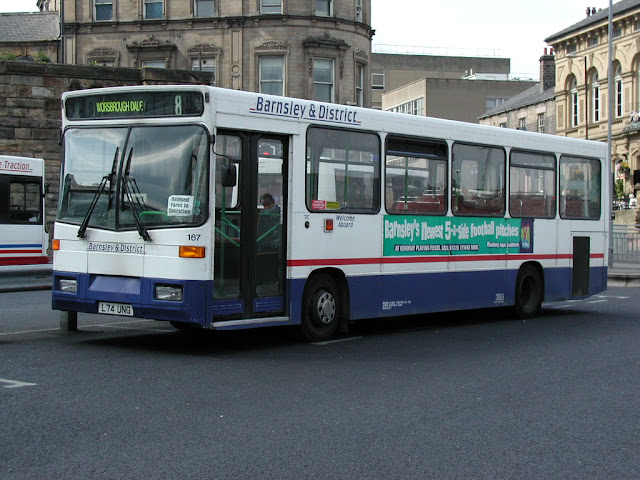 First up is former Ambassador Travel Volvo B6 L74UNG, was new for Park & Ride duties in Norwich before passing to Yorkshire Traction subsiduary Barnsley & District who also ran a couple of ex Eastern Counties Leyland Nationals i seem to recall. 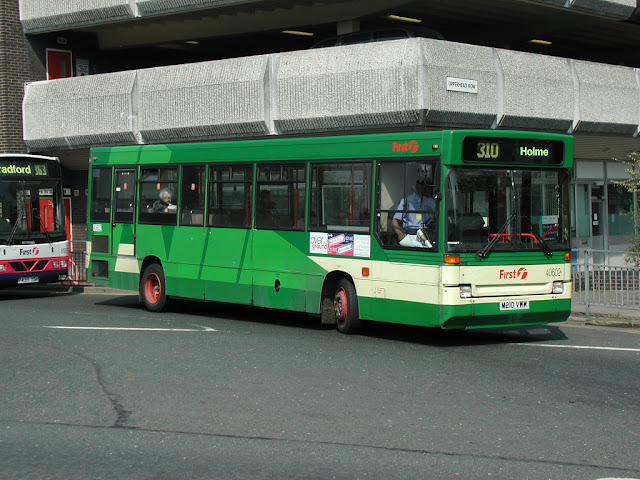 Next its on to Huddersfield where we see a Dennis Dart in First's local livery at the time 40602 M210VWW, the new national fleet numbering had not long been introduced when i was in Yorkshire so the longer numbers were confusing to say the least! 40602 & sister 40603 (M211VWW) passed to FEC and began their lives at Lowestoft before moving to Norwich. 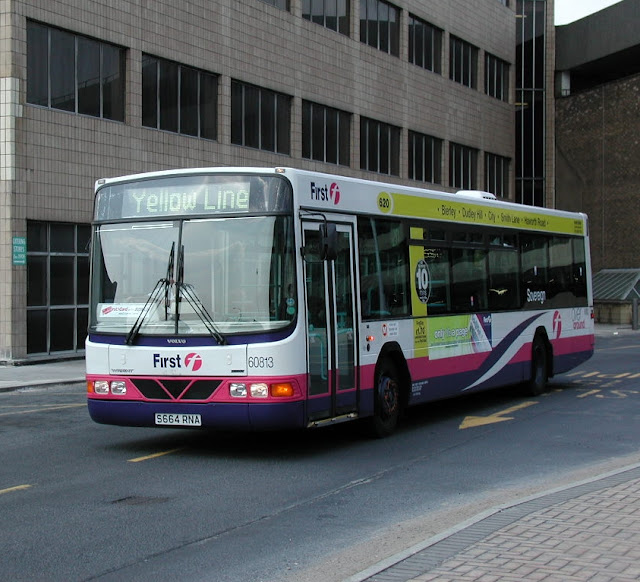 Bradford Interchange was a busy hub for photographs and a few familiar faces passed me at the time, little did i know they would end up on the streets of Norfolk & Suffolk at some point. 60813 S664RNA is seen here in Bradford wearing Yellow line branding for the First Overground network, the overground lettering remained on her whilst with FEC also. It worked from Ipswich, Norwich and Great Yarmouth during its time with Eastern counties before heading south to operate with Buses of Somerset, part of First's operations in the South West. 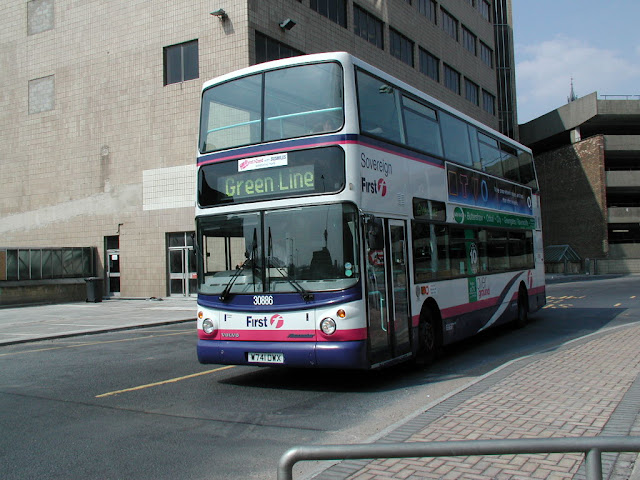 The last one is another familiar vehicle to Lowestoft operations, 30886 W741DWX, seen here leaving Bradford Interchange on a Green Line service also known as Sovereign. As you will see from the photo i was still learning the art of photography as the sun was on the other side of the bus!

Grahame
Posted by Norfolkbus at 08:35