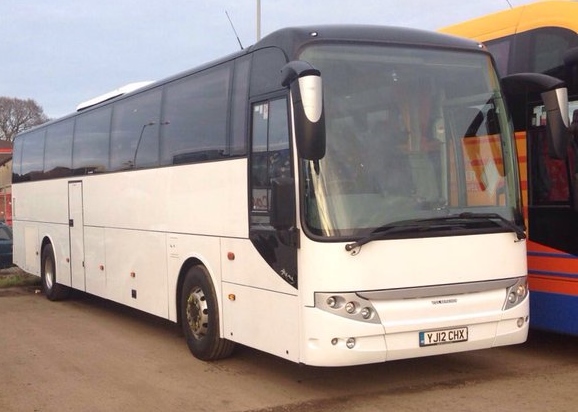 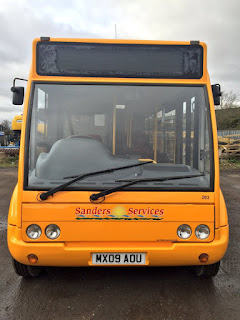 The former was purchased new by Golden Tours of Victoria in August 2012 and was subsequently acquired by Prentice Westwood of West Calder in Scotland. YJ12CHX was formerly with Reays of Wigton in Cumbria

The third acquisition is Optare Solo MX09AOU which has been repainted in Sanders' livery. The M880SL was new to Jacksons of Silsden in February 2009 and spent some time on loan to Gwynfor Coaches of Llangefni

Roy
Posted by eastnorfolkbus at 09:15