These include the 80 between Diss and Beccles, via Harleston and Bungay, plus the 81 linking Great Yarmouth and Beccles. The former will cease to be operated by Anglianbus  and instead will be provided by Simonds as their 581 route. This will connect with the existing 580 Bungay - Beccles - Great Yarmouth service run by Borderbus under the Waveney Line branding 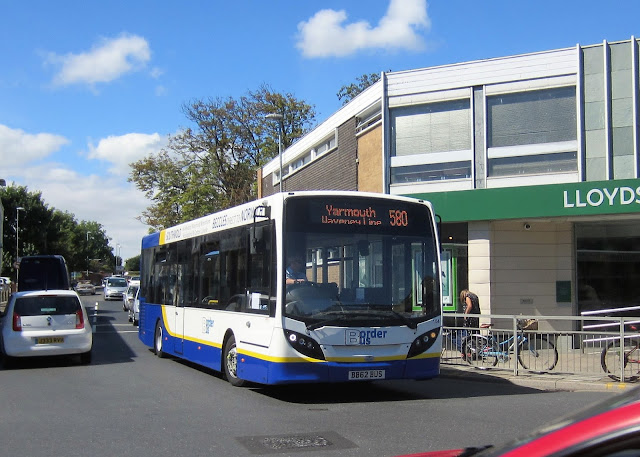 The Anglianbus 81 is being be revised to operate between Bungay, Beccles and Great Yarmouth with Shipmeadow also being served. Service 81A will no longer operate although the Harleston to Bungay High School link will be provided as service 80A