Whilst many of the local enthusiasts were at the annual Eastern Transport Collection's Bus Rally at New Buckenham yesterday, I attended the Truckfest East Event held at the Norfolk Showground over the weekend

Being ardent fans of the Ice Road Truckers television programme, we were hopeful of meeting their Lisa Kelly and Todd Dewey. After a bit of a queue we finally got our photos and autographs. I spoke to Todd who lives at Crescent Lake, close to Port Angeles, which we visited this year. It also featured on the blog

Among the refreshment areas was a Bus Bar; this was well preserved Willowbrook Viscount bodied AEC Reliance 935GTA new to Devon General (also known as Grey Cars) in June 1961. The coach is adorned with its Devon General fleet number of TCR935 and carries destination blinds showing 'Grey Cars' and 'Mystery Drive' ! 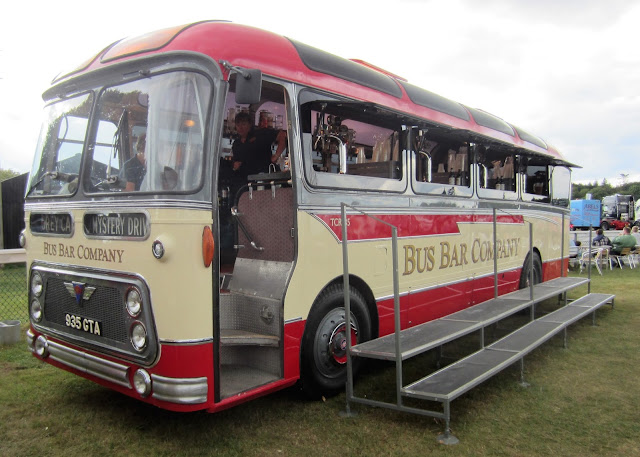 Now owned by the Shardlow Brewing Company, various photos of 935GTA can be seen on Flickr by clicking HERE

Roy
Posted by eastnorfolkbus at 11:57