A couple of interesting vehicles were on display at Great Yarmouth's Beach Coach Station this afternoon. 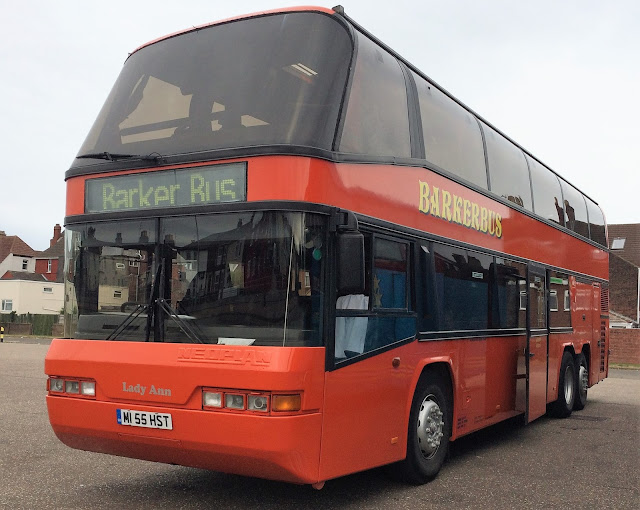 The first was unusual in that it was an Auwärter N122/3 double deck coach bearing the registration M155HST. Owned by Barker Bus of Roydon, Essex it was built to a CH57/18Ct configuration. The coach was new to Trathens Travel Services of Plymouth as YN51XMW in October 2001. 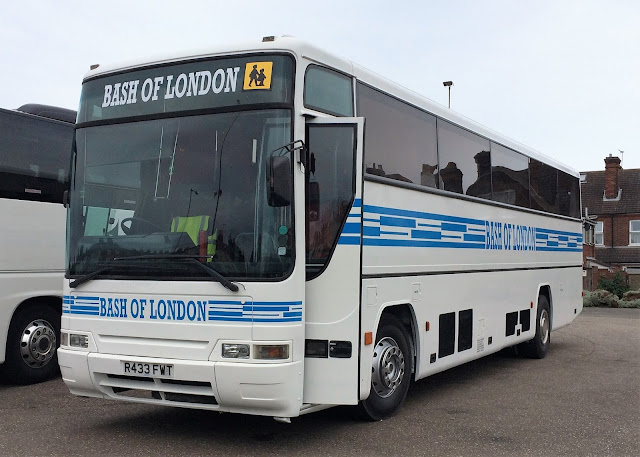 Another interesting arrival was that of R433RWT, a Plaxton Premiere bodied Volvo B10M-62 from the Bash of London fleet. This was originally a Wallace Arnold coach new in April 1998 and almost certainly must have visited the town in that guise. It was also exhibited at Showbus held at Duxford later that year and can be viewed HERE

Roy
Posted by eastnorfolkbus at 22:01