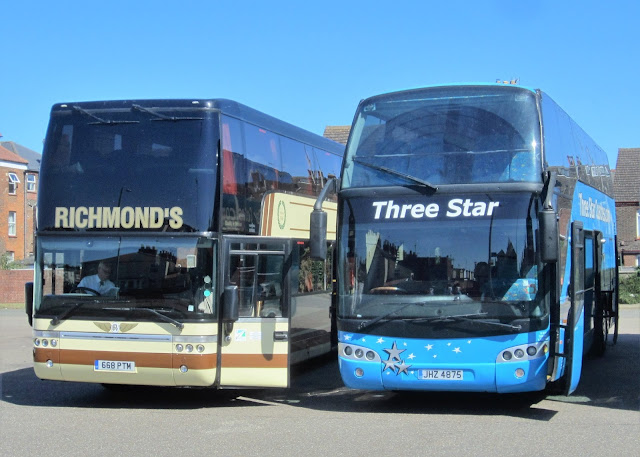 Three Star of Luton can often be relied upon to send one of their double deck coaches and this time it was its Ayats Bravo JHZ4875. Keeping it company was Royston based Richmond's Coaches Volvo B12B / Van Hool Astrobel 668PTM

Update: Unfortunately the Ayats Bravo caught fire on the A11 at Wymondham this evening on the return journey. The road was closed for a time whilst the fire was brought under control. Importantly no one was hurt. A report appeared in the local newspaper, the Eastern Daily Press, which can be viewed HERE My thanks to Mark Cockerell for making me aware of it.

Roy
Posted by eastnorfolkbus at 17:29